After a day of work, one of the best ways to relieve our fatigue is to take a shower. The selection and installation of shower heads in the bathroom also require our attention. It is directly related to the quality of our lives in the future, so WOWOW will introduce the installation method of shower heads. 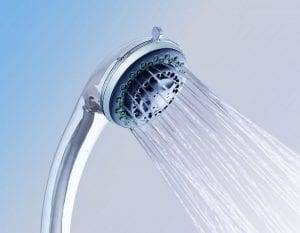 1. Determine the size. Measure the size on the left and right sides of the wall to find a good location for installing the shower head; draw the position and height of the shower head on the wall according to the specific height.

The height of the shower head is divided into two types according to the type of shower head: According to relevant regulations, the distance between the concealed shower wall and the outlet of the concealed shower wall should be 2.1m from the ground, and the shower switch should be 1.1m from the ground; It is defined by the sprinkler’s water surface, and the interval is preferably 2m. It should be noted that these data are only uniform data, and should be adjusted according to the height of the user when practicing the device.

2. Use a drilling machine to drill according to the previously described scale, and install an S-shaped connector. This connector can adjust the direction and facilitate the connection with the shower faucet. The joint should be wrapped with raw tape, the number of turns should not be less than 30 turns, to avoid water leakage in the water pipe. Install the shower lift seat and the eccentric part, and then cover the decoration cover.

3. Separately drive the expansion pipe into the device hole, and fix the wall base to the wall with self-tapping screws. Note: The wall base must be on the same line as the faucet outlet connector.

4. Install the entire bracket of the shower, take out the shower faucet, put the foot pad into the nut, then connect with the S-bend joint, and fully tighten the nut with a wrench. Use a spirit level to measure whether the faucet is level.

6. After installation, turn on the water inlet switch to flush the pipe thoroughly.

Shower installation precautions
1. The height of the mixing valve from the ground

The reserved inner wire elbow of the shower is to prepare for the next step to install the mixing valve. Its height is generally controlled between 90-110cm. In the middle, it can be determined according to the requirements of the owner or the average height of the couple. 110cm, otherwise it will cause the shower with lifting rod to fail to install, not less than 90cm, it is not good to bend down every time you open the valve.

2. Keep a flat surface with the wall after pasting the wall tiles

The thickness of the wall tiles should be taken into account when the silk head is reserved, and it is best to be 15mm higher than the rough wall.

3. Be careful when choosing a location

4. You can’t go wrong with the left hot and the right cold

The water outlet of the inner wire elbow of the shower should be well controlled. The left and the right can not be wrong. If you make a mistake, some equipment may not work or damage the equipment. This should be noted when the pipeline is laid.

Previous:: What Is The Current Trend In Faucet Finishes Next: Bathroom Accessories Standard Height
Related suggestion