How to Remove Water Flow Restrictor from Shower Head 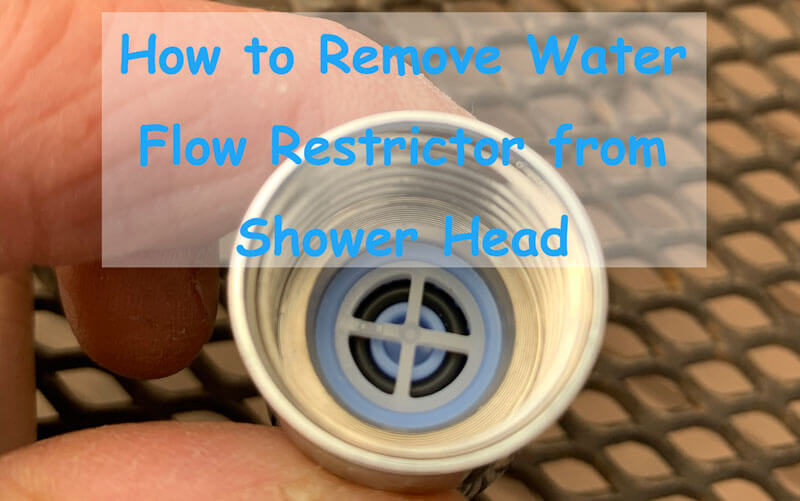 As the saying goes, a craftsman must sharpen his tools to do his job. So, before removing the water flow restrictor from shower head, you need to prepare some tools in advance. Here’s what you need:

For similar reasons, the top of the screwdriver needs to be adjustable in order to be able to fix the flat head correctly. Some plumber tape will help with this task because it prevents the threads from collapsing in the future.

At this point, you can identify the O-ring made of rubber by checking the neck of the shower head. You can remove it manually with a screwdriver or with your fingers. The latter is recommended, because using a screwdriver may severely damage the gasket.

Take off the screen and shake it to make it fresher. Then adjust it to the removed gasket.

Now pay attention to the throttle head, where you can easily find a flat head screw. Remember the adjustable screwdriver you brought? Now use it to separate flat head screws easily and effectively. This screw head is usually made of plastic with different perforations.

Step 5: Insert the filter and gasket

Although the gasket filter should be clean now, you should check it carefully to make sure it is clean enough. Then insert it into the shower head, exactly the same as before removing the restrictor. Otherwise, the water flow may still be stagnant or worse than before.

Similarly, insert the O-ring seal and check that it is properly aligned with the filter screen to ensure the correct flow.

Step 6: Put the shower head back in place

Use plumber’s tape to cover the entire threaded area of ​​the shower arm. Now carefully put the Moen handheld shower head back to its original position, just like at the beginning. Beware of the thread, because a momentary negligence may cause some wounds or even deeper injuries.

Step 7: Pass the pipe through with the connector

Remember the soft cloth you used at the beginning? Now take it again and hold the connector or valve firmly. Then connect the shower pipe to the joint. It should not exceed three quarters.

Shower restrictors block the free flow of water, both of which can be used. If you want to increase the flow, you can remove it and enjoy the shower pressure. On the contrary, if you want to control the cost of water and electricity, you can contribute to saving water and building a healthy environment. If you are interested in video guide, you can refer the following link: How To Remove a Water Restrictor from a Showerhead

Previous:: Why does My Kitchen Faucet Make Whistling Noise – How to Fix Next: Who Makes Parlos Faucets – Everything about Parlos Brand
Related suggestion