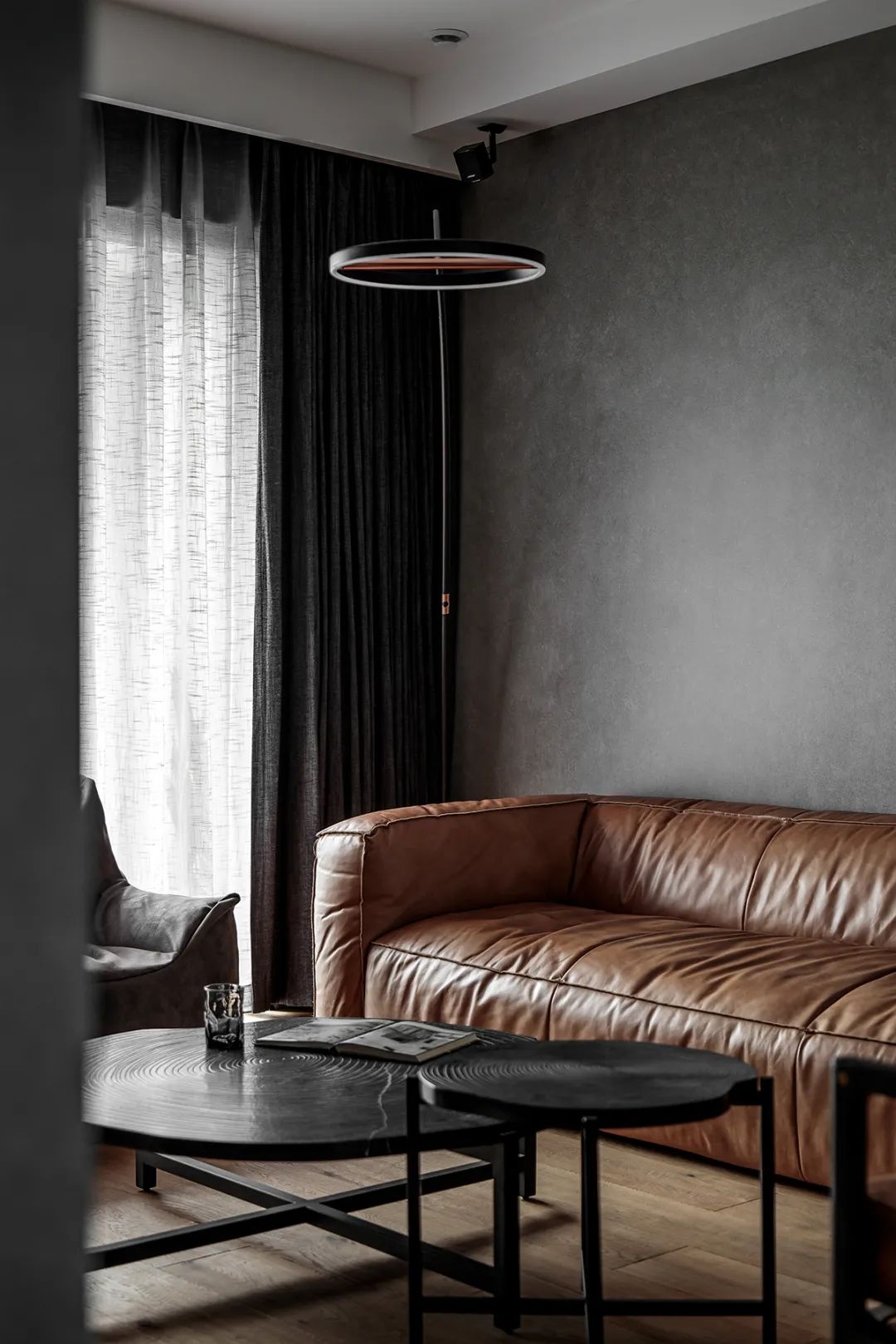 I thought that true beauty is something that can pass the test of time. Time, with the corrosive power of oppression, not pardon anyone, and the will to return all things to the land. The forms and colors that can endure these and remain are the true beauty. — Hiroshi Sugimoto, “Until the moss grows“

We believe that the essence of a residential project and the origin of thinking is the people who live there, so in addition to analyzing the owner’s basic living habits to address the basic need of “practicality”, we hope to further focus on the spiritual preferences and feelings. 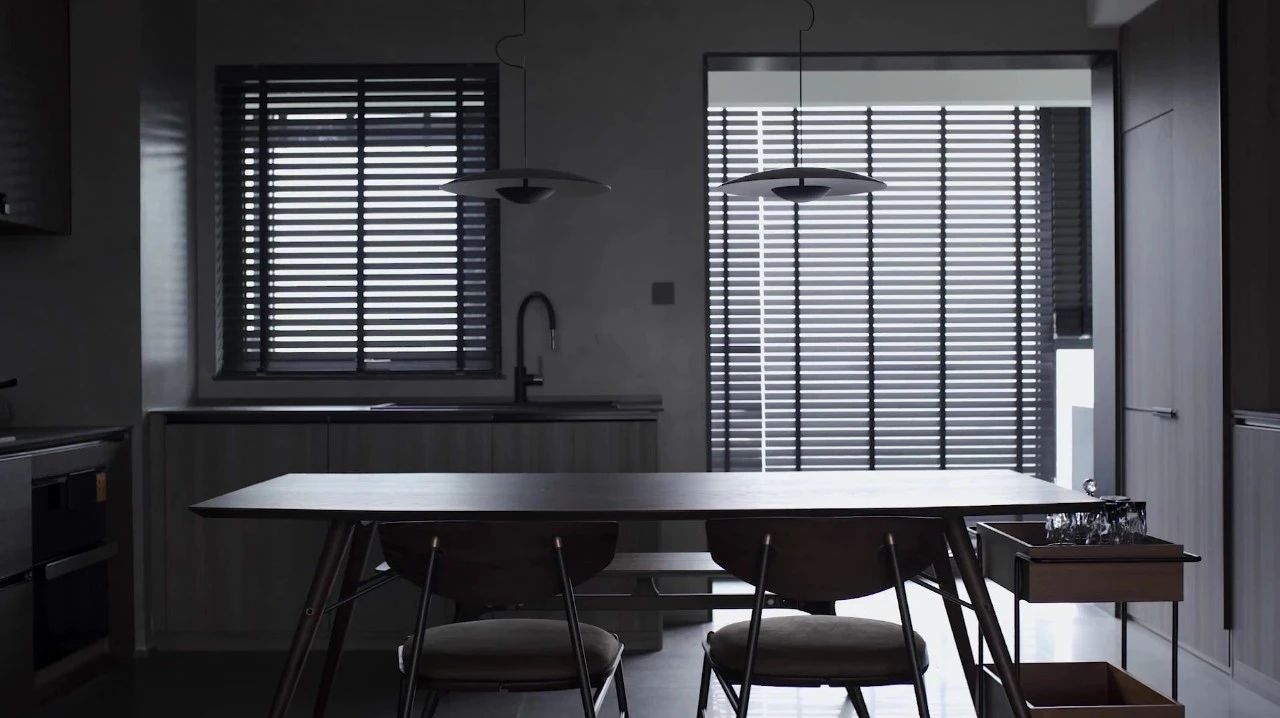 This case has an area of 130 square meters and one person lives in it. Under the same area, the number of people living in the house is often small, so it has more freedom in the transformation of space. According to the demand, we mainly think to change the original space of four rooms into two rooms, and the luxury master bedroom changed from three rooms actually includes several functional areas: the entrance buffer, bedroom, large bathroom, checkroom handicraft area. 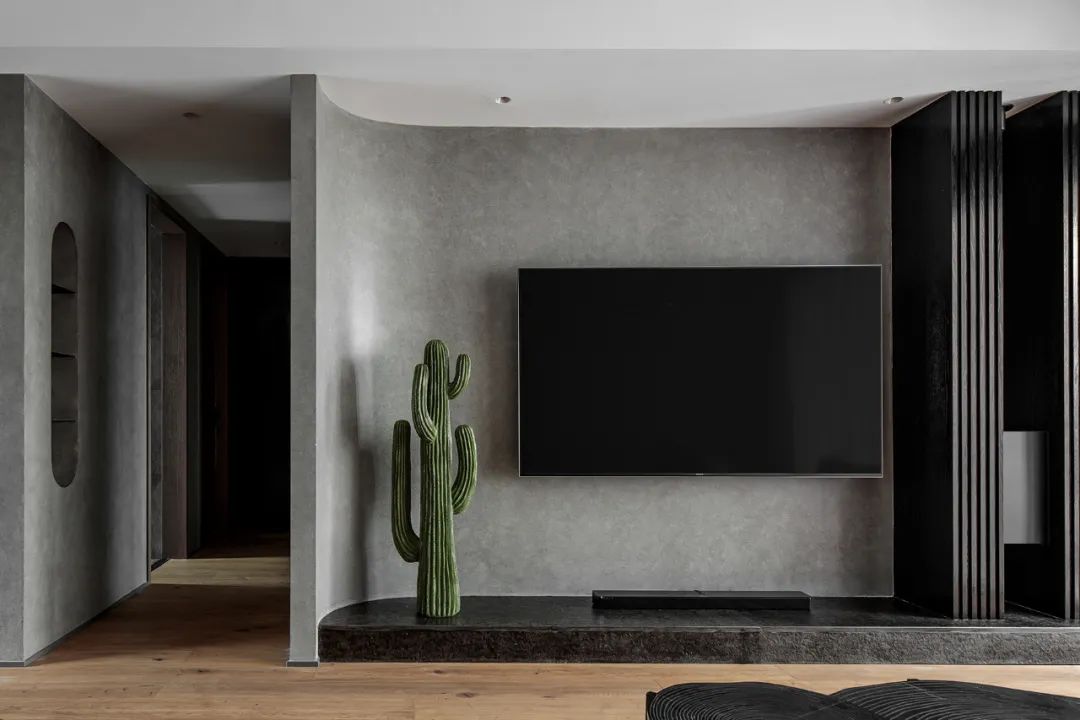 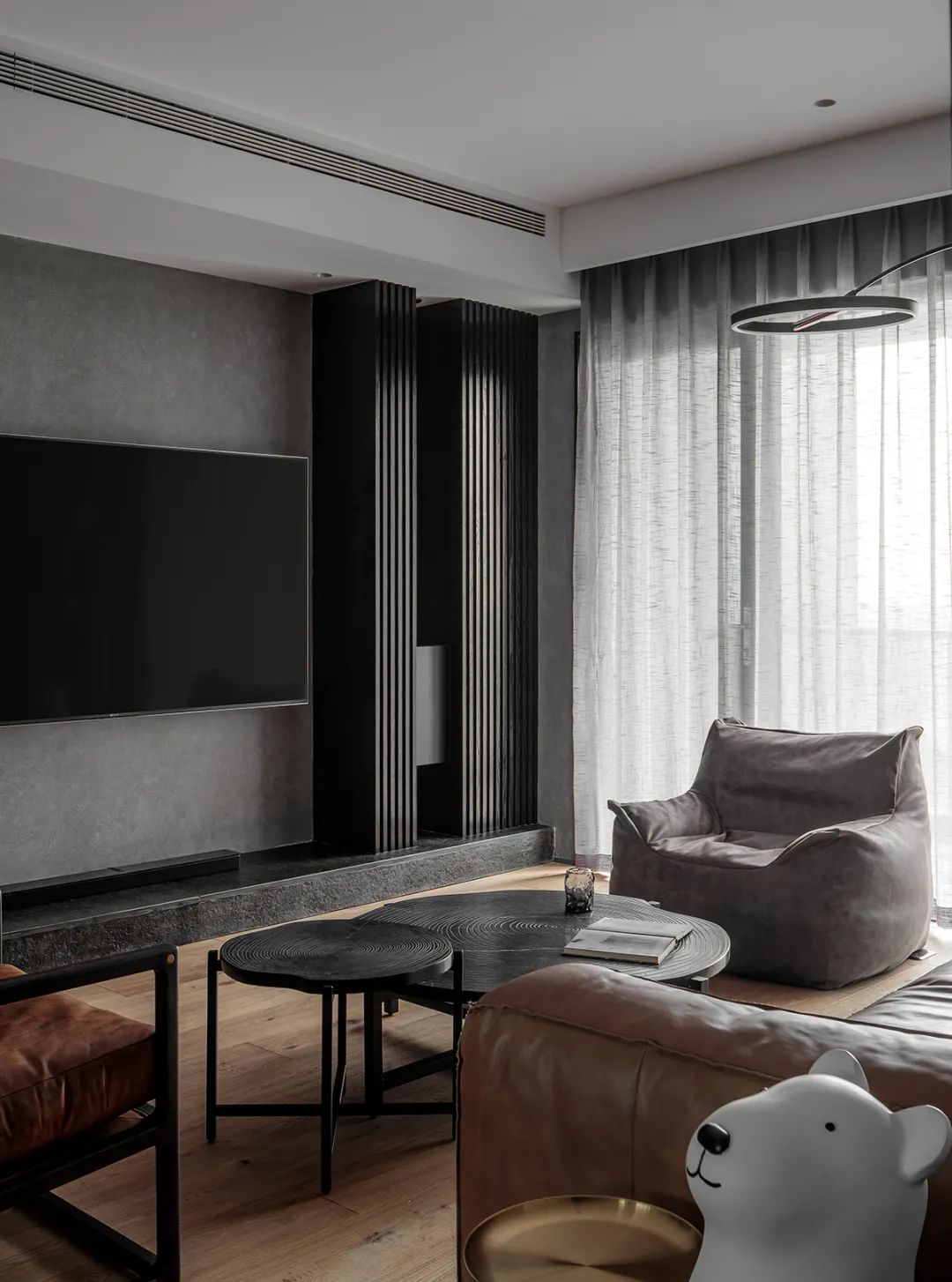 Light and time are intertwined, and dark tones are chosen to reflect the quality and style of life. The entire space is framed in black and gray, interspersed with wood and leather to set the tone for the space. 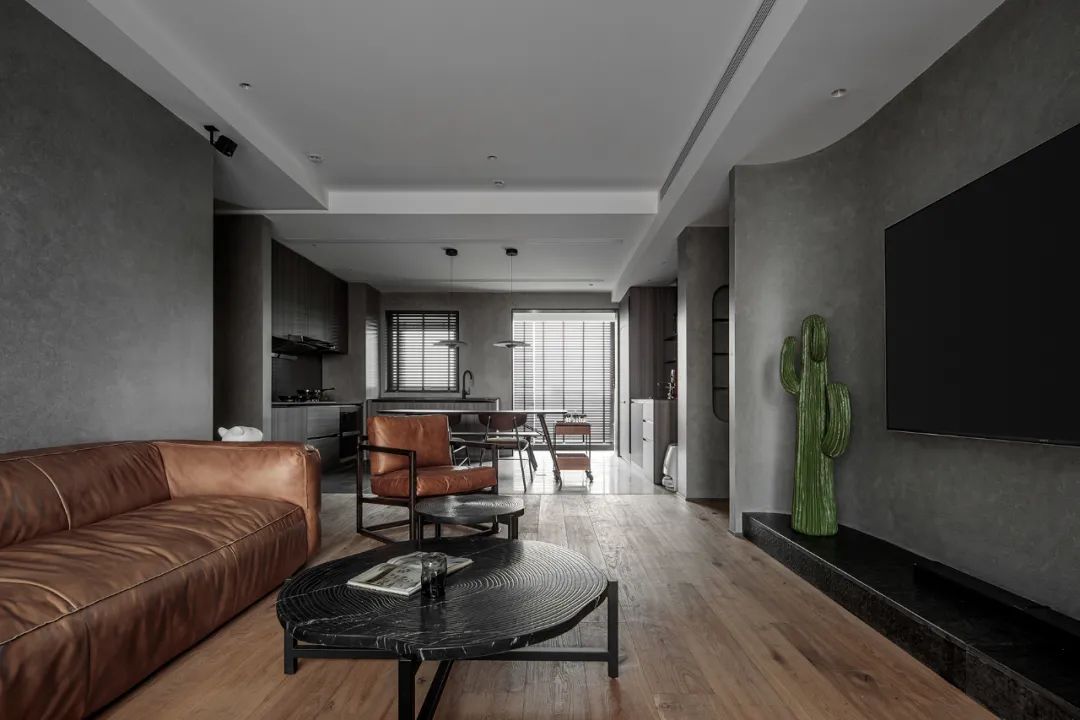 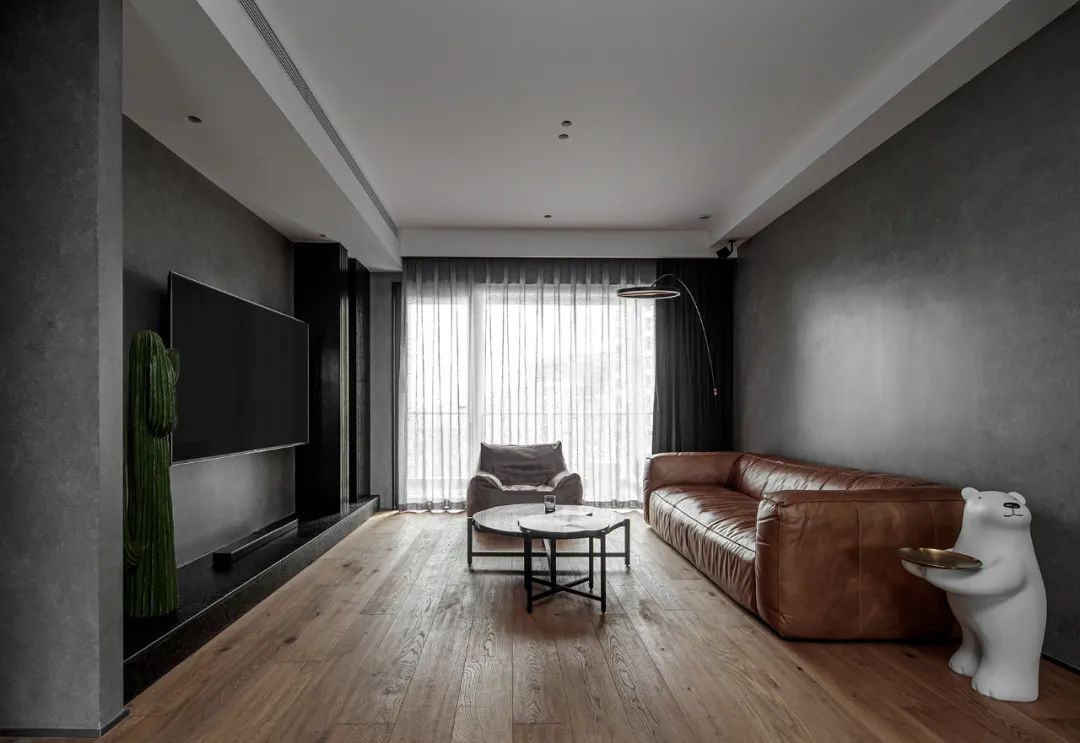 The sofas are of the soft type preferred by the owner, who likes to enjoy the soft resting state after work. 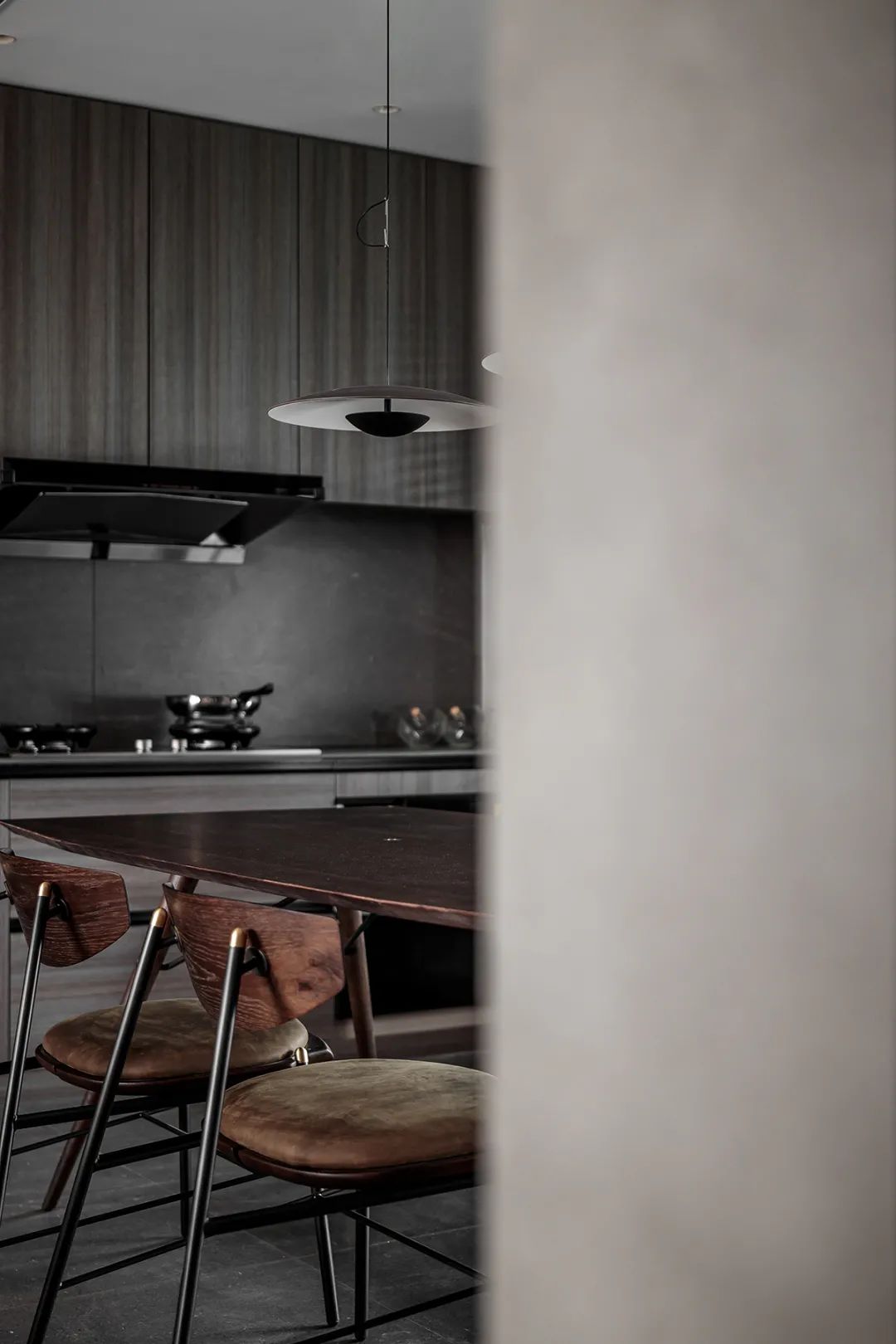 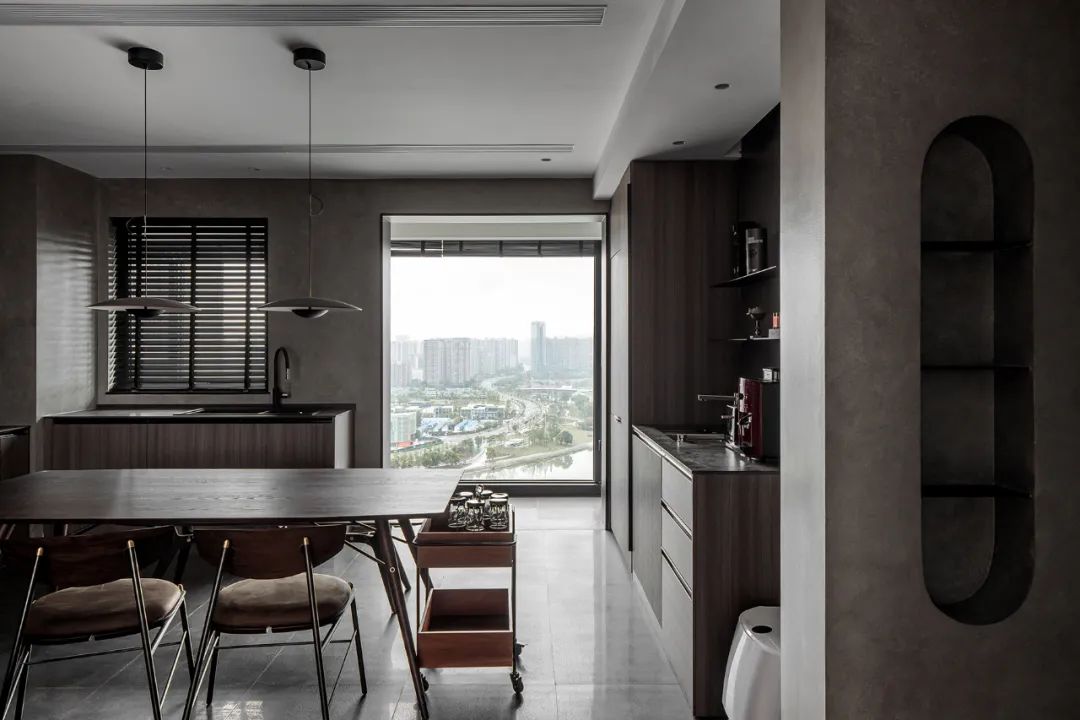 The dining room has a rare open window view of the city, where two rivers meet. The owner rarely cooks in the kitchen, but occasionally cooks a light meal. The owners are particularly fond of coffee and have done some research. The right part of the cabinets, mainly for coffee. 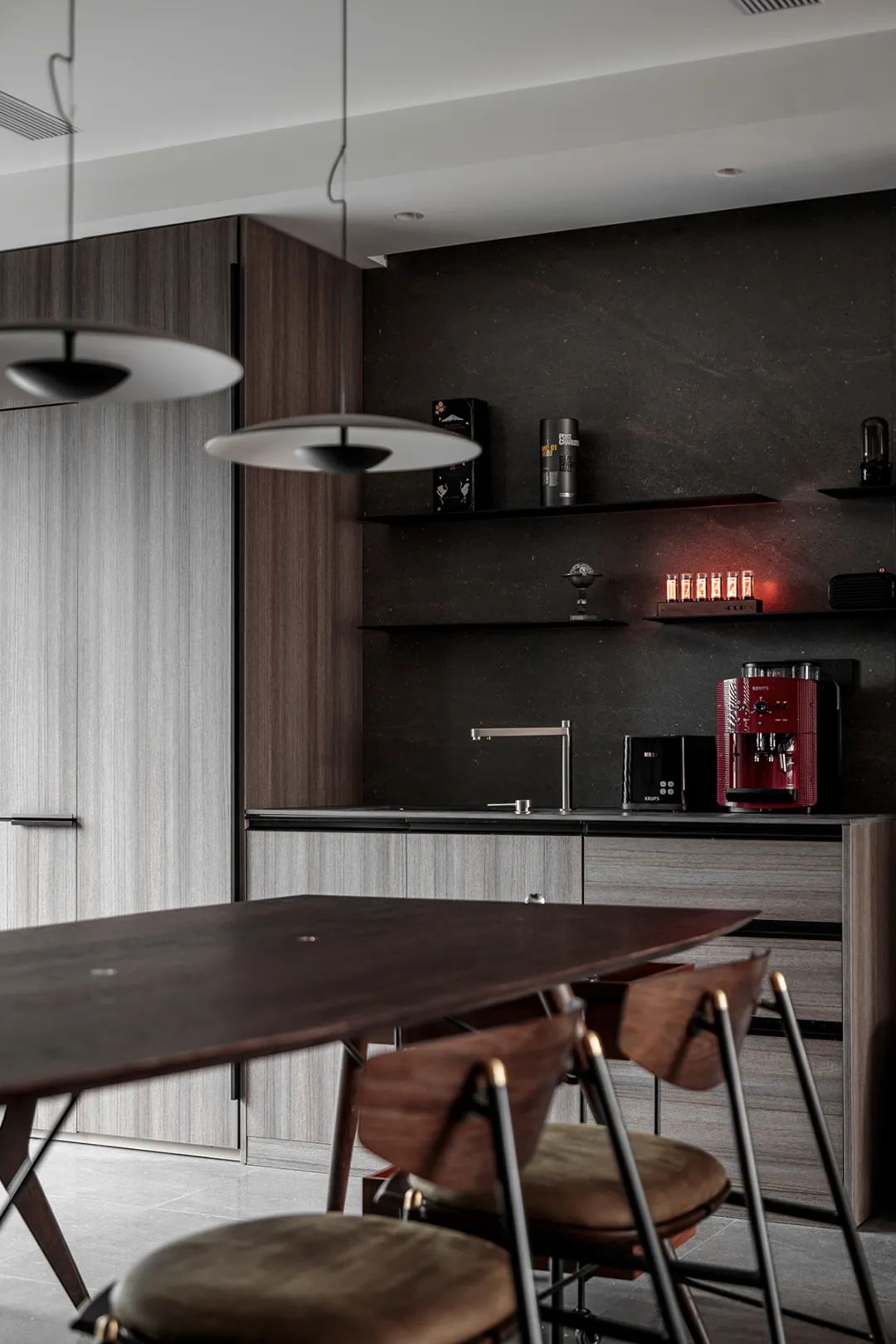 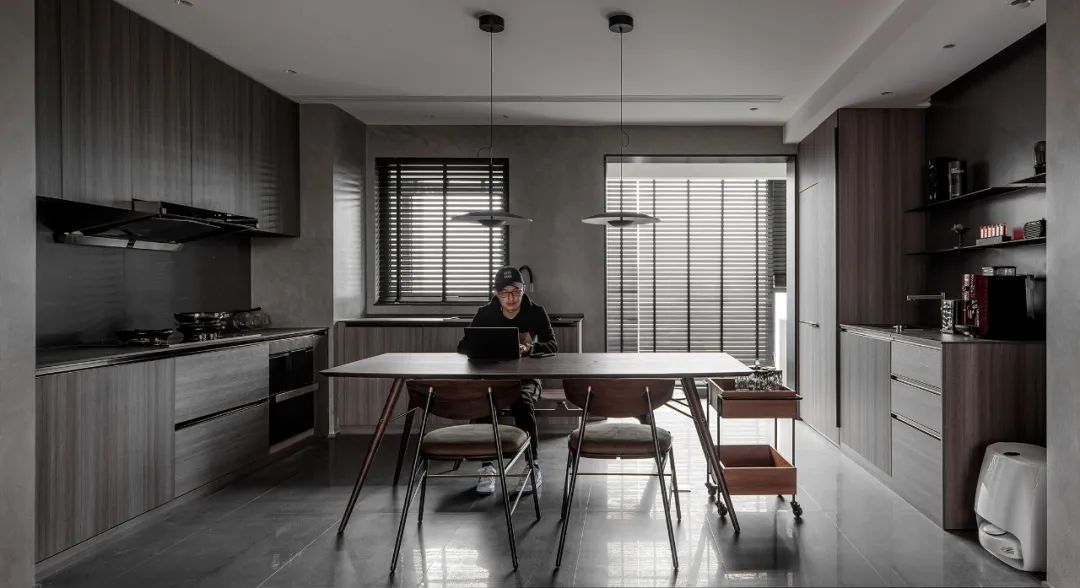 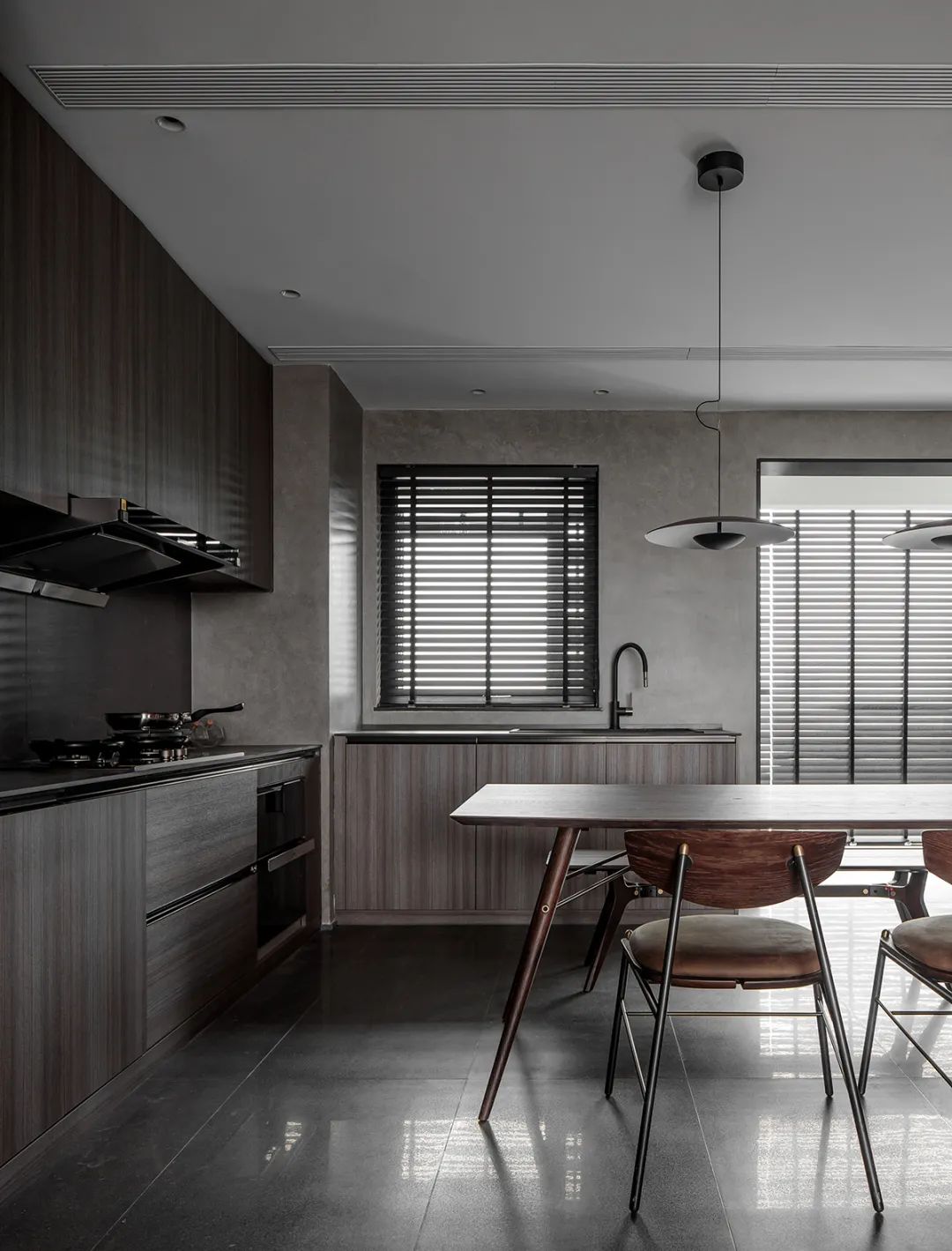 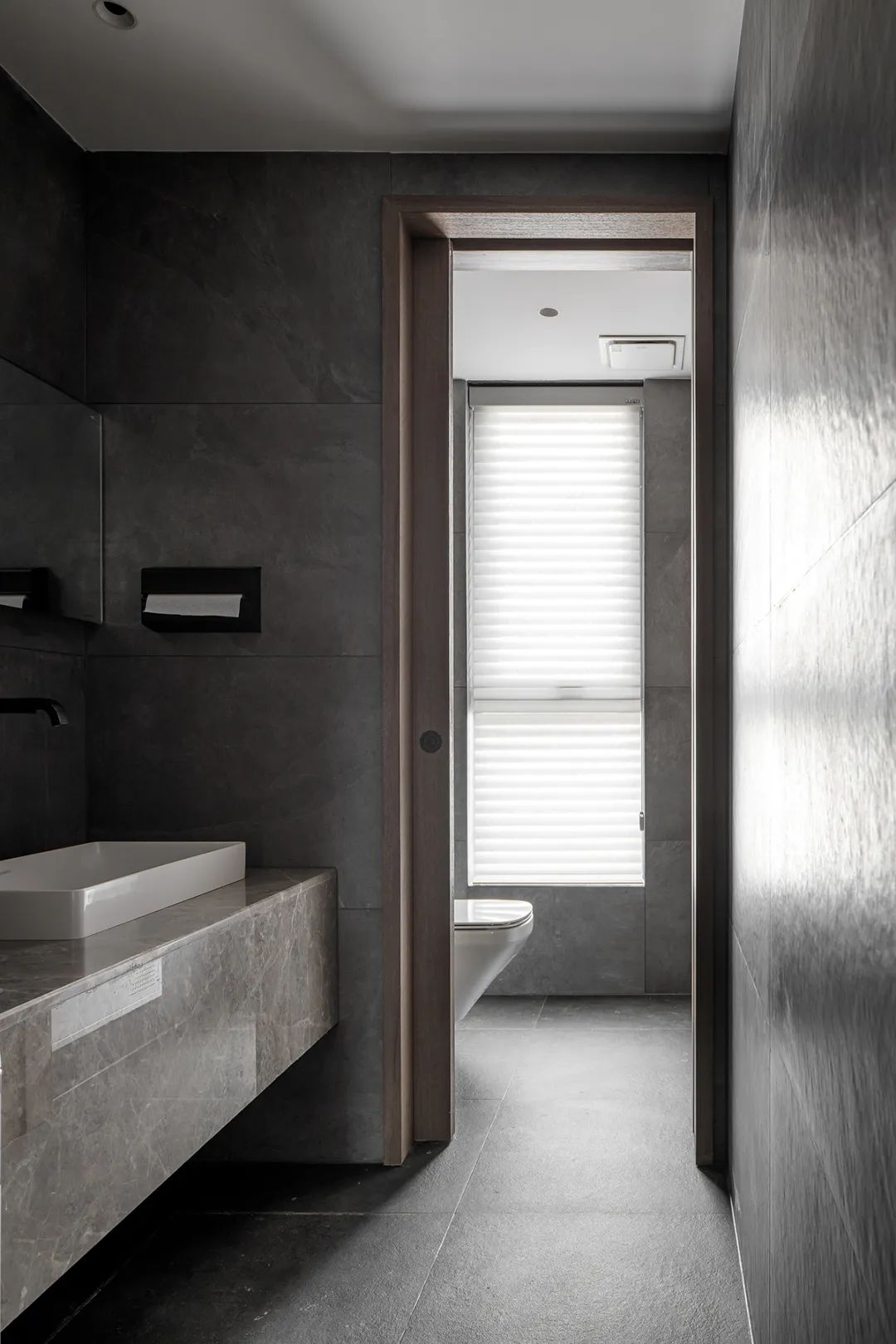 The function of the secondary bathroom is relatively simple, and the absence of a shower room makes this area free of complicated objects such as toiletries and towels, thus making the space appear more clean and simple. 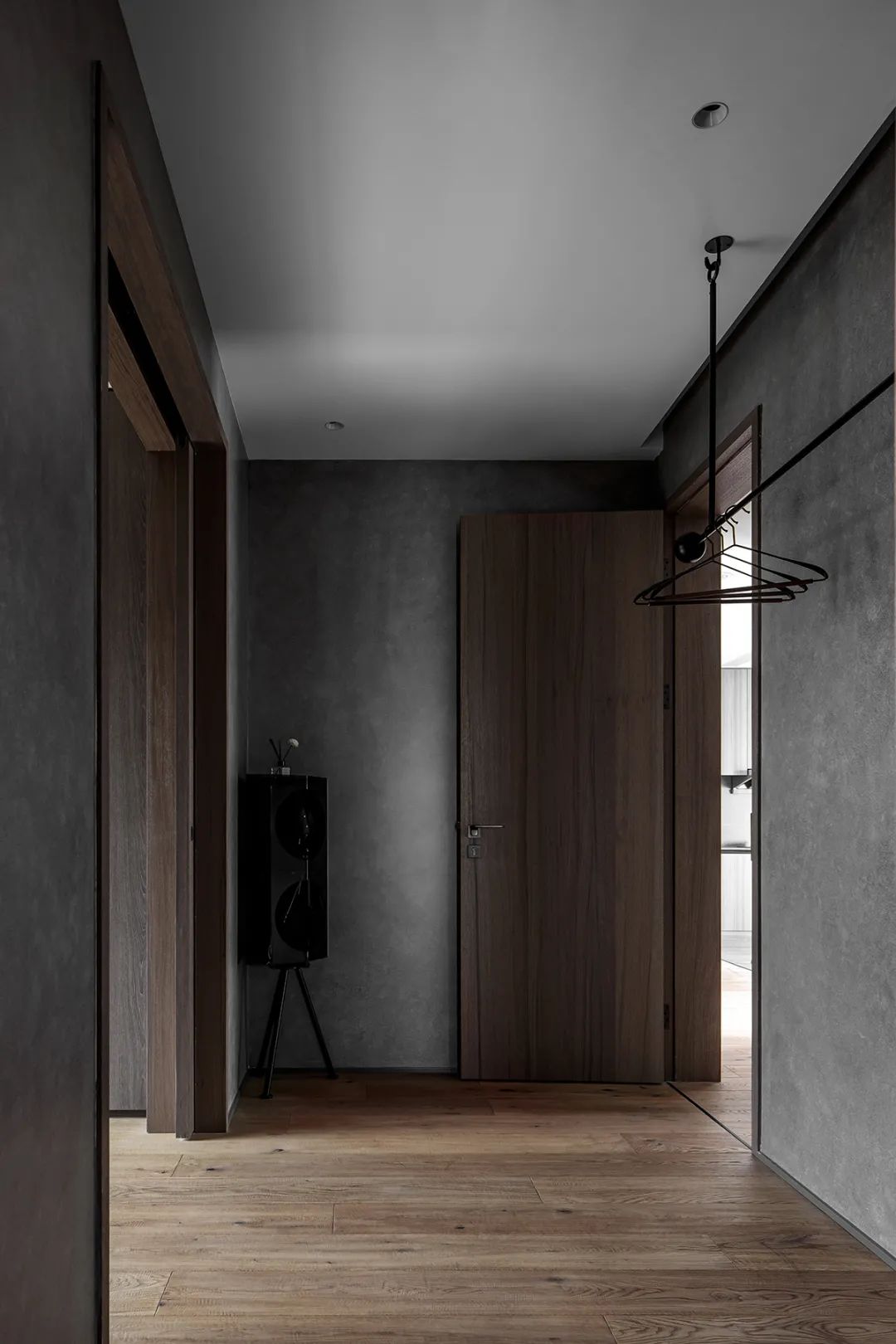 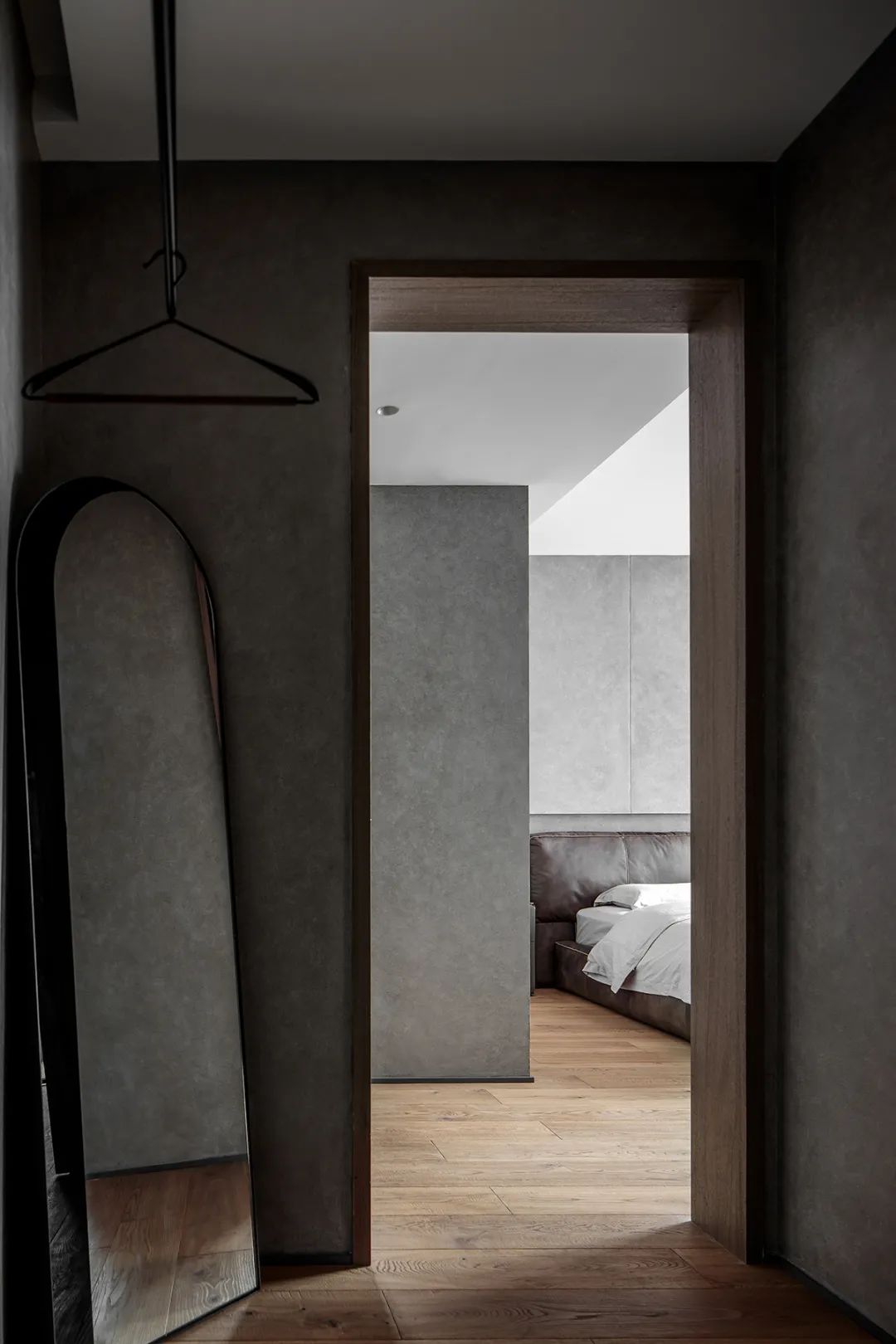 The buffer area in the master bedroom’s entrance hall has a hanging rod for hanging clothes in use and a dressing mirror for organizing before leaving the house. 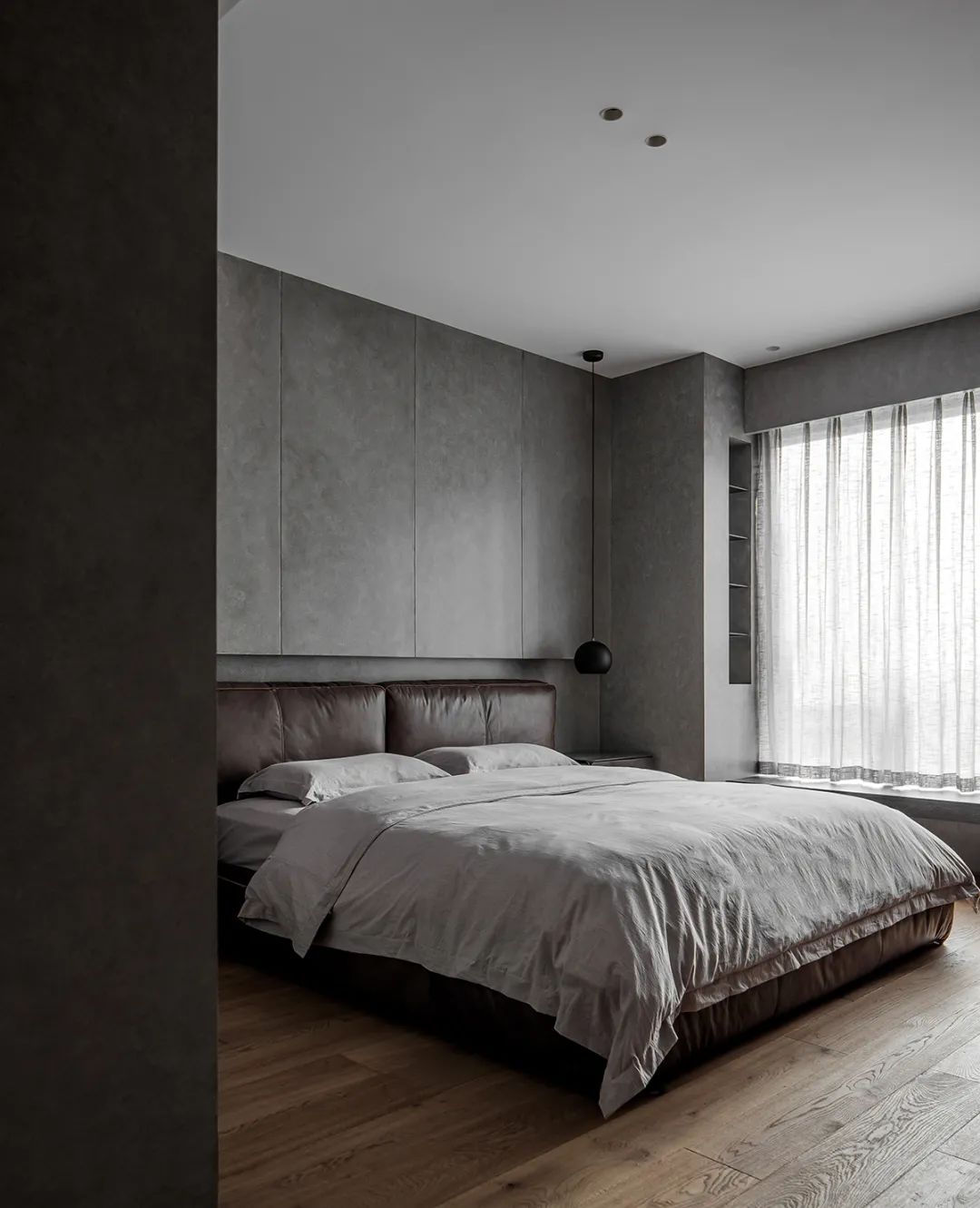 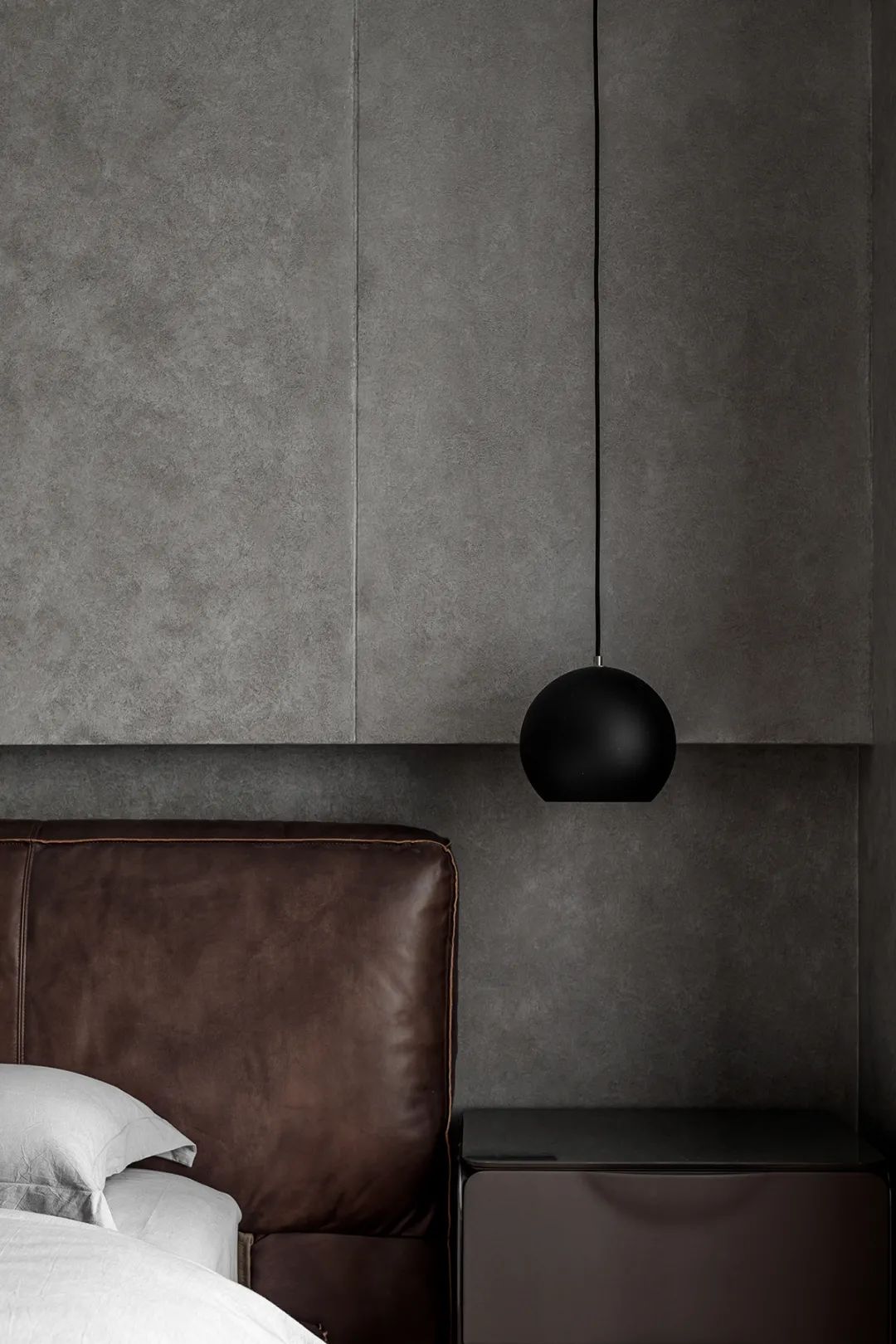 Through the buffer area, the master bedroom is visible. In the same logic as the sofa, we chose a very wide leather bed. The vintage soft texture echoes the artistic paint on the wall. 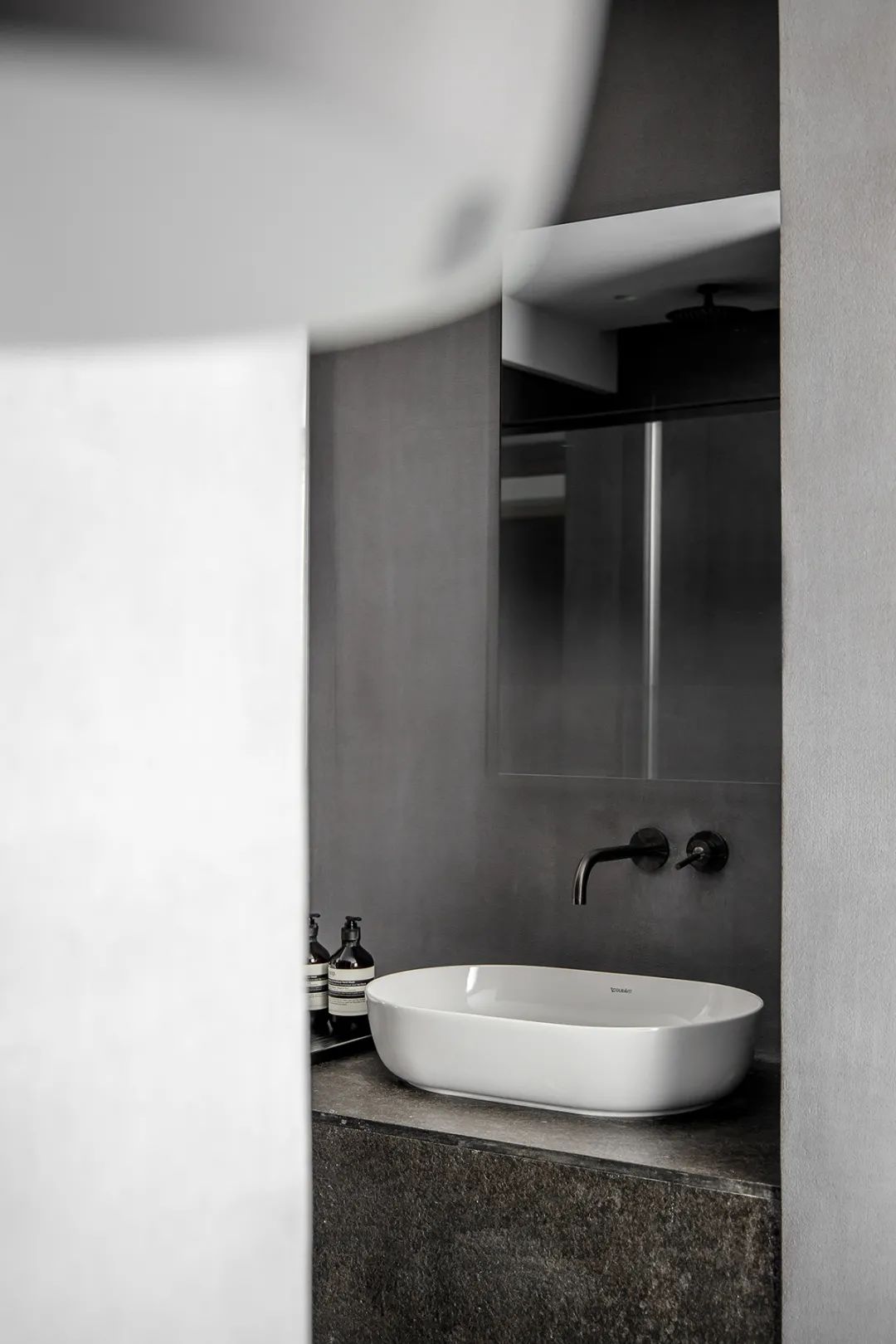 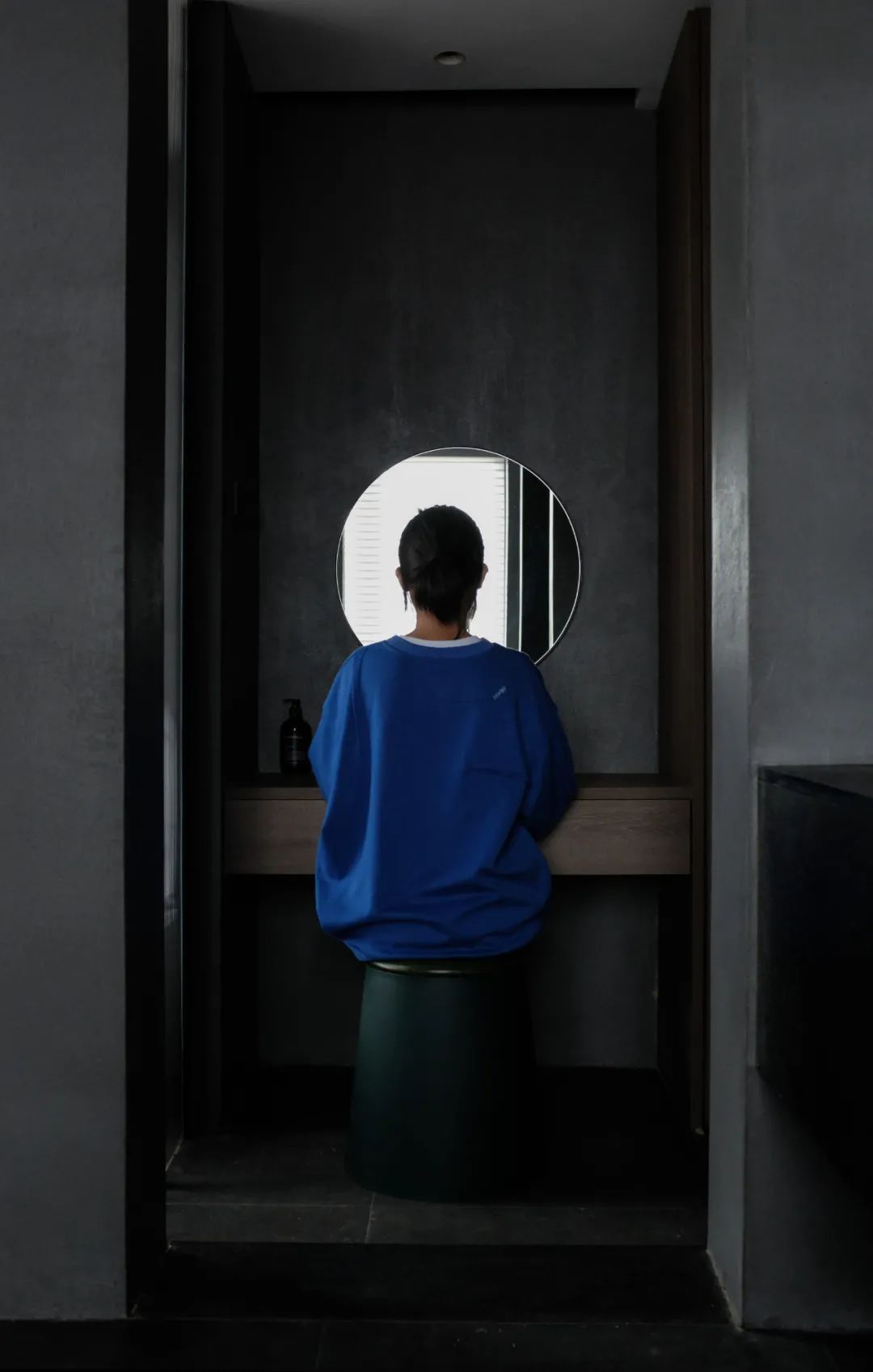 The bathroom was converted from one room of the original bedroom and was padded and plumbed. A gray micro-cement was used on the walls to unify the material of the space, and a table for dressing and organizing was set up in the entry area.

The bathtub is placed in the window area, which has a great view in the same direction as the dining room. After the shutters circumvent the privacy issue, the owner can enjoy the night view of the city while taking a bath. 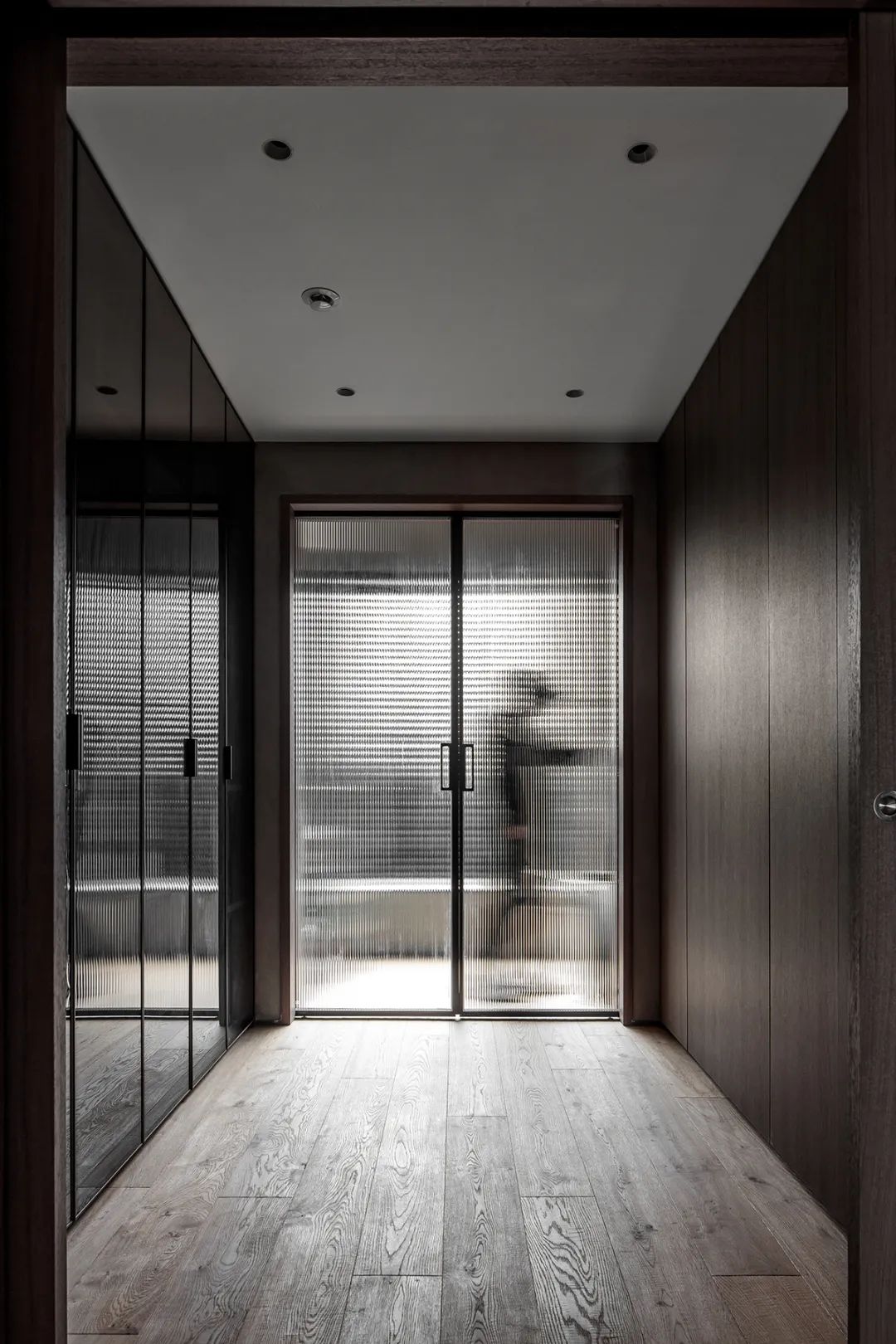 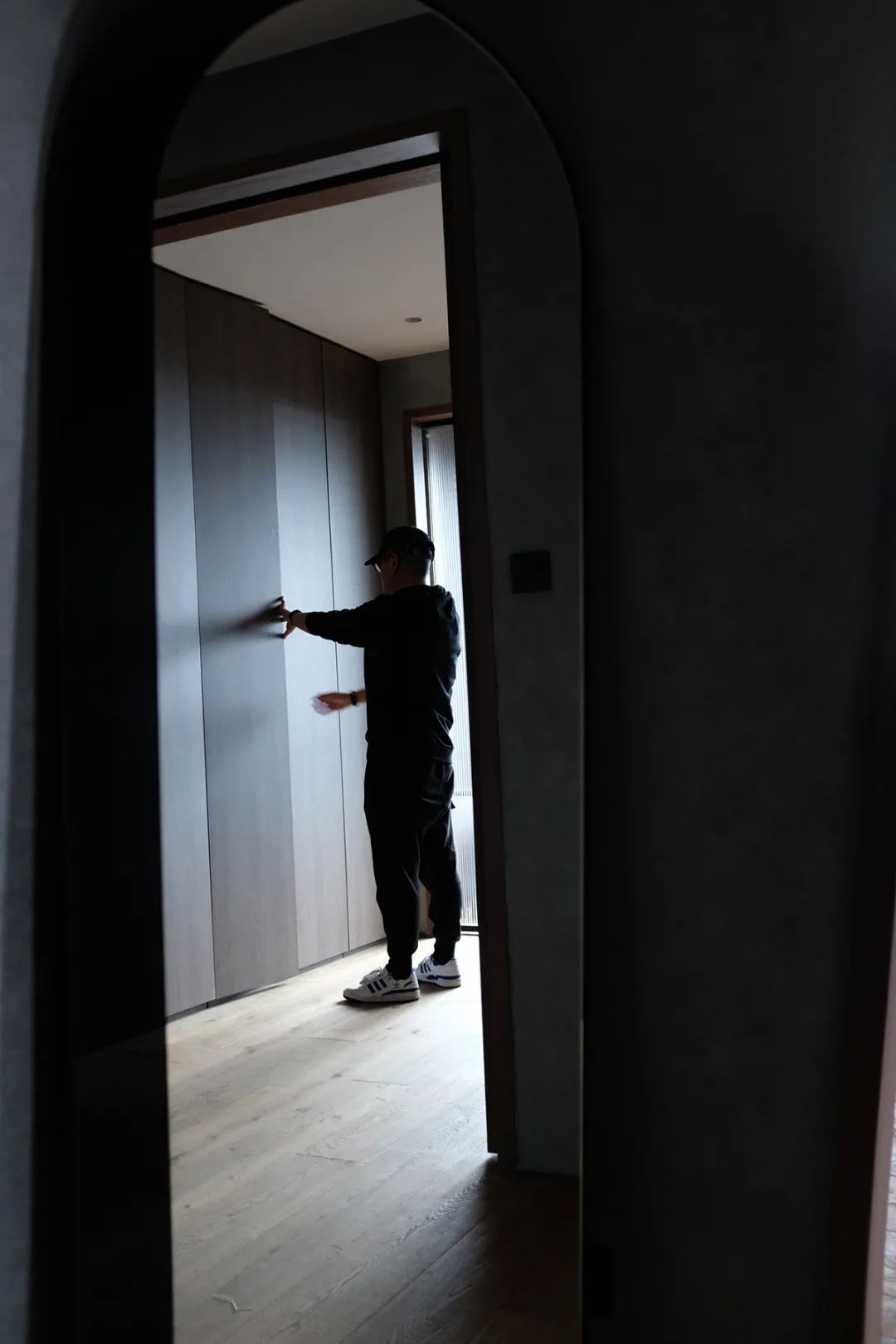 The checkroom is connected to the craft room, and in order to block the small amount of gray layer in the craft area, a long rainbow glass door is made between the two, which can also bring light into the checkroom. 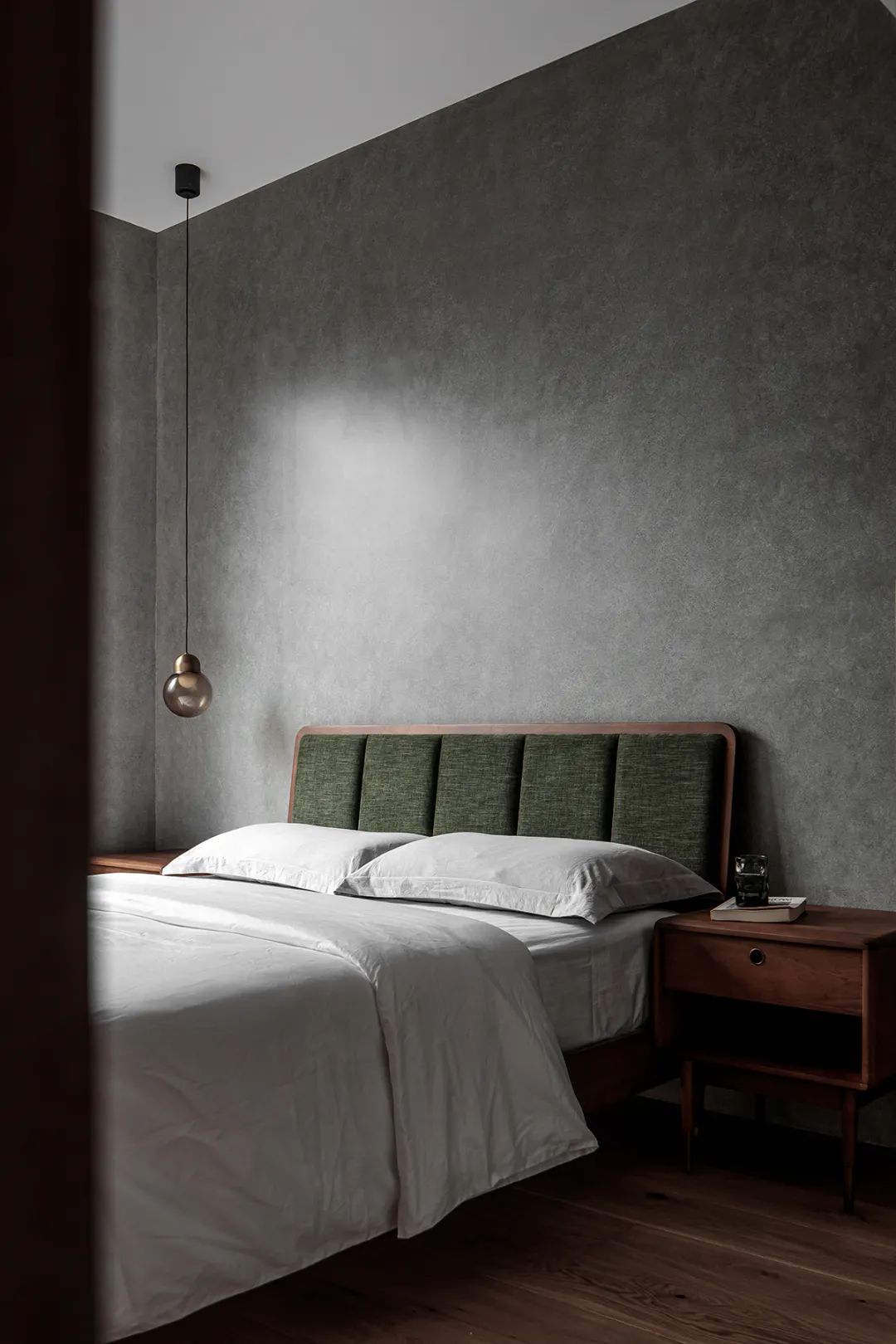 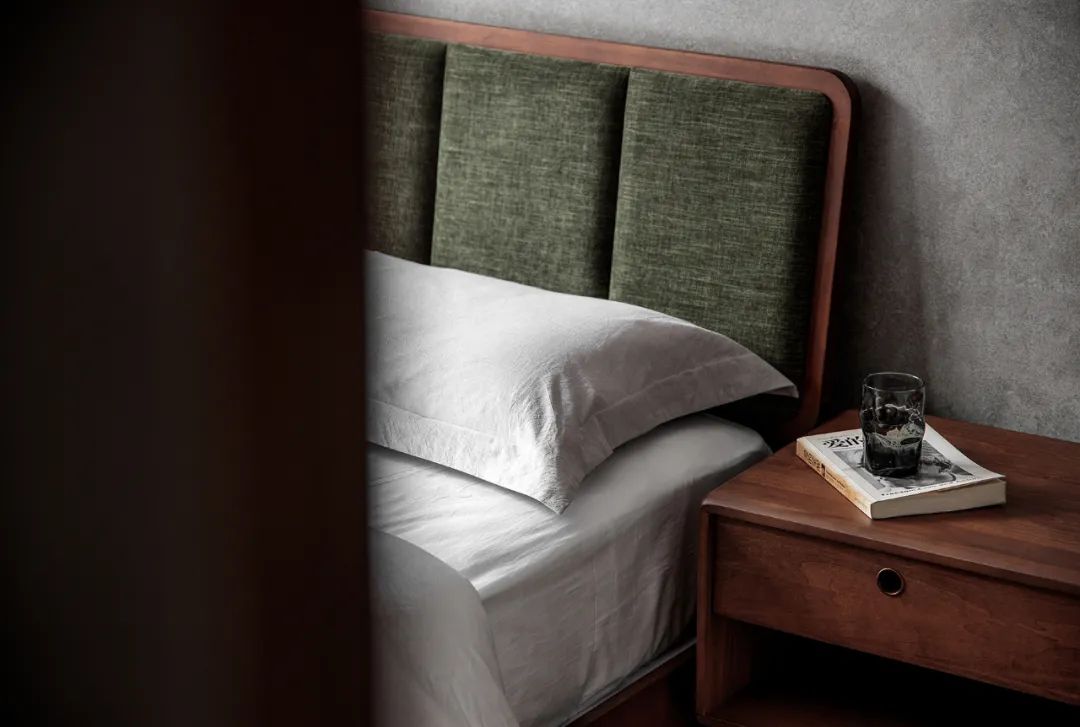 The second bedroom is mainly used for occasional receptions. The gray-green green velvet and vintage chandelier add a touch of elegance to the space. 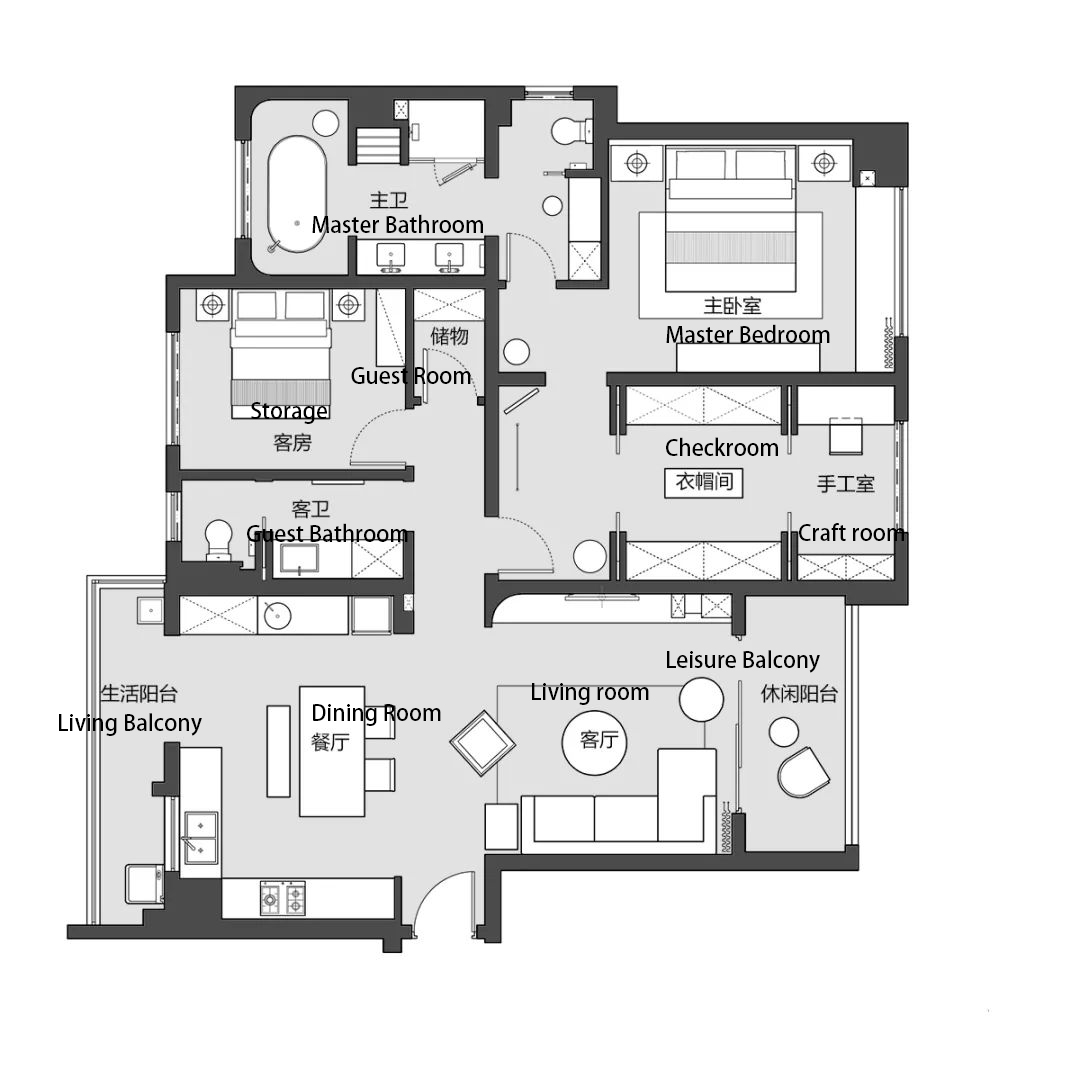