The First Half Of 2022 Finishing Package: Top 10 Brands Took 49.2%. KOHLER’s Share Of The Four Categories Took The First

Recently, AVC (AVC) released the real estate big data show that: in 2022 January-June, 943 commercial residential fine-fitting opening projects, down 42.1% year-on-year. Its market size was 705,200 sets, down 48.9% year-on-year. As a standard component, toilet, shower, washbasin, bathroom cabinets are maintained at about 65-70 million sets, down year-on-year with the refined large plate. However, the comfort class bathroom products configuration rate has grown against the trend. The size of the smart toilet is 193,000 sets, an increase of 0.6% year-on-year. It has a configuration rate of 27.2%, of which the integrated machine accounted for up to 50%.

According to Aowei Cloud data, in the first half of 2022, the brand concentration in the finishing sanitary ware market is high. top 10 brand share reached 49.2%. Among them, KOHLER‘s dominant position in the finishing sanitary ware market remains steady. It occupies 22% of the market share, an increase of 0.6% year-on-year. Its toilet, intelligent toilet, shower and washbasin products all occupy the first market share. Secondly, TOTO, Duravit, Moen and other brands in the bathroom head position also tends to stabilize. 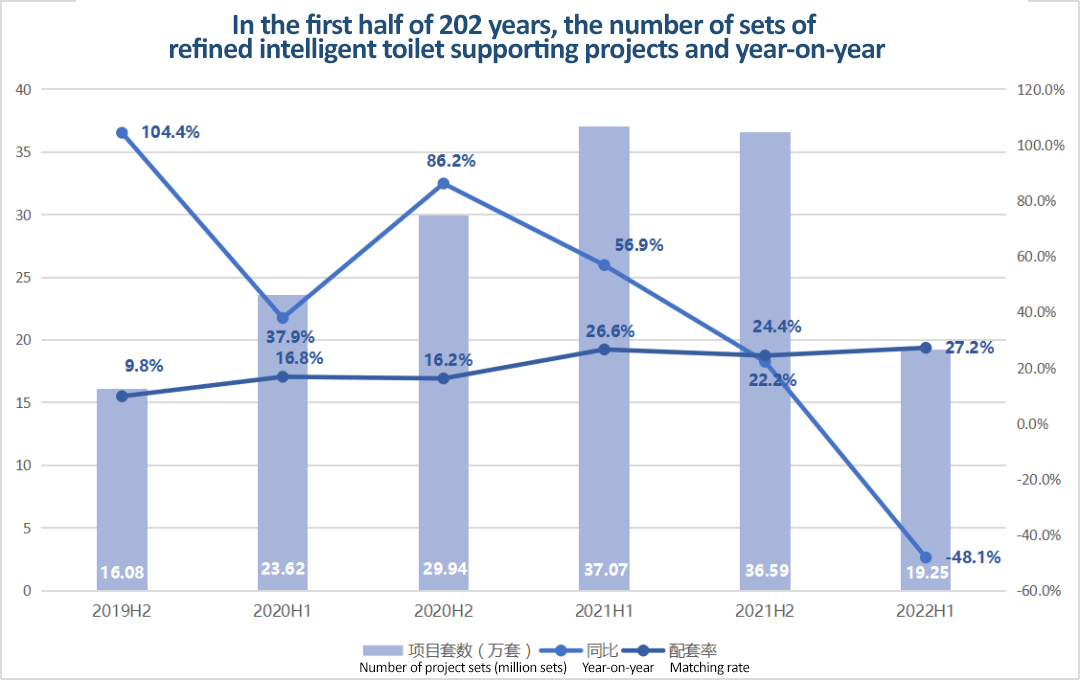 Intelligent toilet supporting the scale of the year-on-year decline 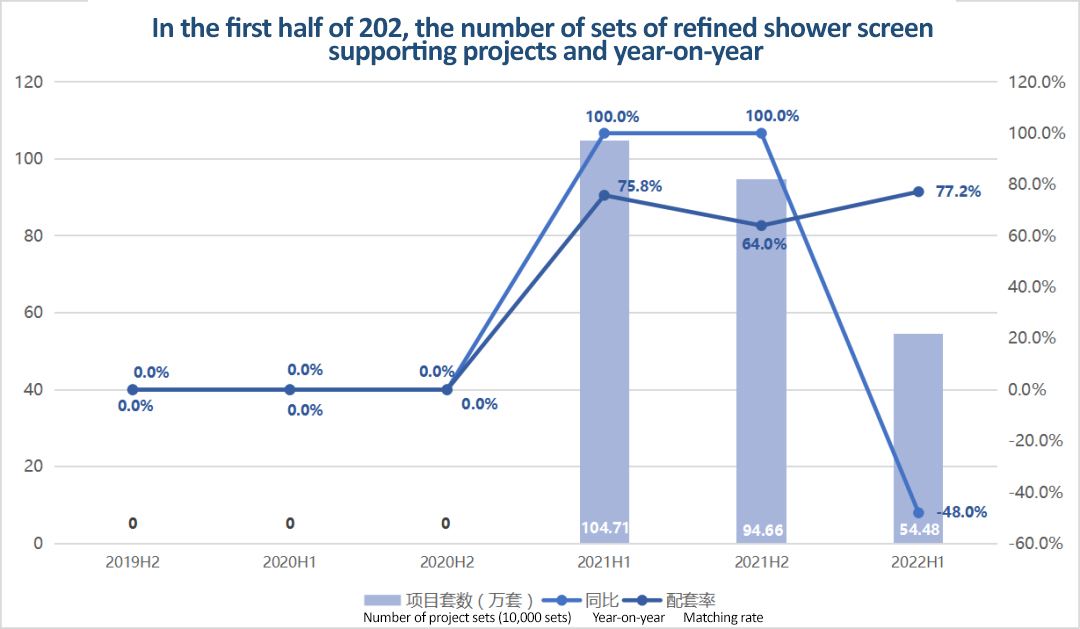 In addition, in the first half of 2022, for example, the Chinese real estate finishing market. the TOP10 developers occupied a market share of 33.3%. Among them, the TOP1 developer is Poly Group Development, and it has a matching volume of 42,000 sets. The second place was taken by Vanke, with a matching volume of 39,000 units. China Overseas Property was in the third place with 31,000 units. 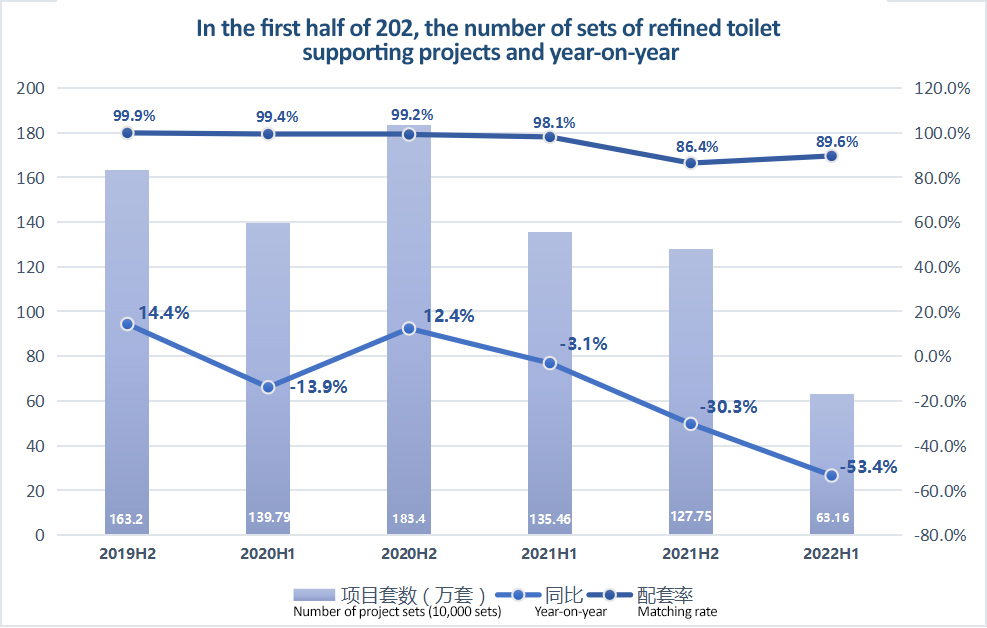 Difficulties will be normalized

Aowei Cloud’s big real estate data shows that in June 2022, the real estate market showed signs of rebound. The size of China’s commercial residential refined property openings exceeded 210,000 sets. It jumped over 60% YoY and narrowed to -35.9% YoY. The scale is expected to be between 2.2-2.5 million units in 2022.

Some industry sources believe that in the second half of 2022, the competitive environment faced by companies will still not improve. Difficulties will be normalized. Since last year, there have been a number of ceramics, sanitary ware and home improvement listed companies. In the earnings report said: the company’s real estate engineering business to proactively control risks and prudent strategy. The revenue of the strategic engineering channel in the reporting period declined.

At the same time, some companies have begun to change their business strategies, control costs, enhance the ability of independent innovation and competitiveness, and further improve the gross margin of the product.

Previous:: Eight Major Traps Of Buying Bathrooms, See If You Have Been Trapped? Next: “Good Products Are For All Ages”, This Bathroom Company Has Done It
Related suggestion