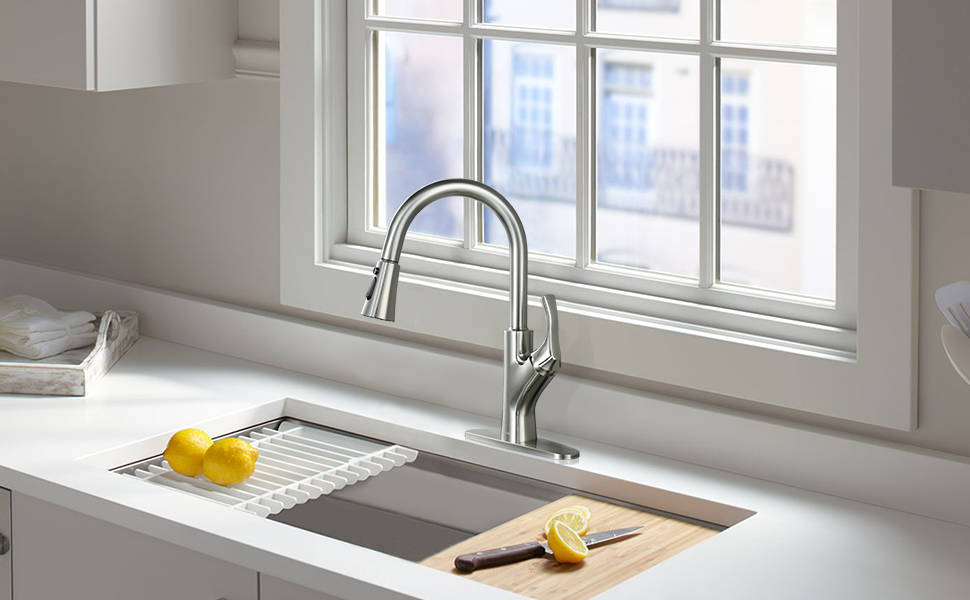 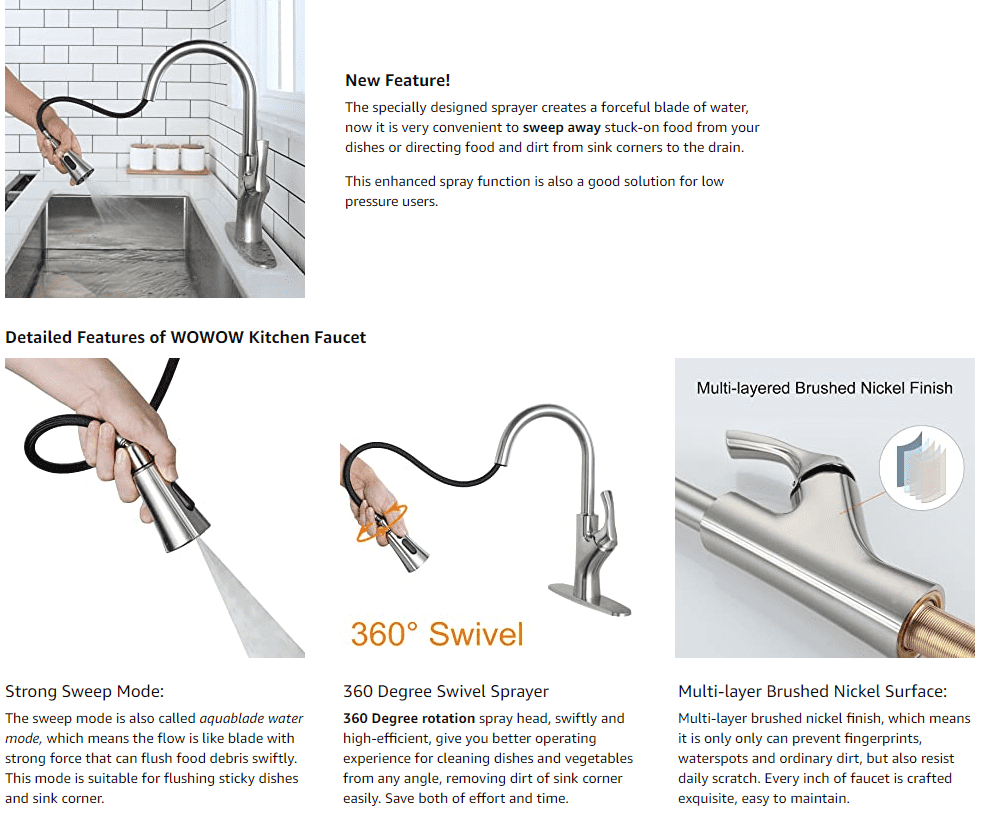 Unique Style: Spout faucet for the kitchen 2311601-brushed nickel like Additional Sink, the Foundation is narrow at the top and Broad at the Base, this Layout avoids loosing when rotating, and also the Fairly waist Point of kitchen sink faucet Is Much more Tasteful, Provide your kitchen a Few finesses

The pull-down faucet is free and smooth, and can be returned to its original position accurately and easily no matter where it is stretched. The switch on the faucet can switch between shower water and water outlet mode at will, very high-end. Simple to operate, taking into account every place you want to flush.

ALL PRODUCTS
LEAVE US A MESSAGE