Nowadays, people are more and more concerned about their health. Even showerheads now have a massage function, making them healthy appliances. When buying a shower, many consumers have the misconception that “the more powerful the shower, the better!” Is this really the case?

Showering with a showerhead that pours water from the top down creates instant pressure on the body. The direct beat of these pressures on the body parts effectively relaxes the nerves and creates a painful sensation of drenching, which has a definite fatigue-relieving effect.

In addition, the use of the shower’s rushing force can also relieve shoulder and back pain. The Hong Kong newspaper Ming Pao writes that using the force of the water from the showerhead, shoot it at the area between the shoulders and neck that feels painful for 30 seconds. Doing this 3 times repeatedly can help relieve shoulder and neck pain.

However, some shower manufacturers claim to use the powerful jet of water from the shower to massage various parts of the body, especially targeting areas with flab. When you keep rinsing and massaging, it can tighten the skin and create a slimmer figure.

This is actually an exaggerated claim and is not credible.

In this regard, experts warn that the shower can play only a supplementary role. With the shower spray to relieve pressure, slimming weight loss must pay attention to the pressure of the shower spray. Do not push yourself to a water pressure you cannot tolerate, as this may be dangerous.

The Water From The Shower Is Getting Smaller And Smaller, Where Is The Problem?

In life, we will find that the shower in the bathroom at home will generate a lot of white scale over time, and the water will become smaller and smaller. It is not painful to take a shower, what should we do when we encounter such a problem? Here I’ll introduce you to some shower water out of the water may become small reasons, so that the shower water output back to the original. 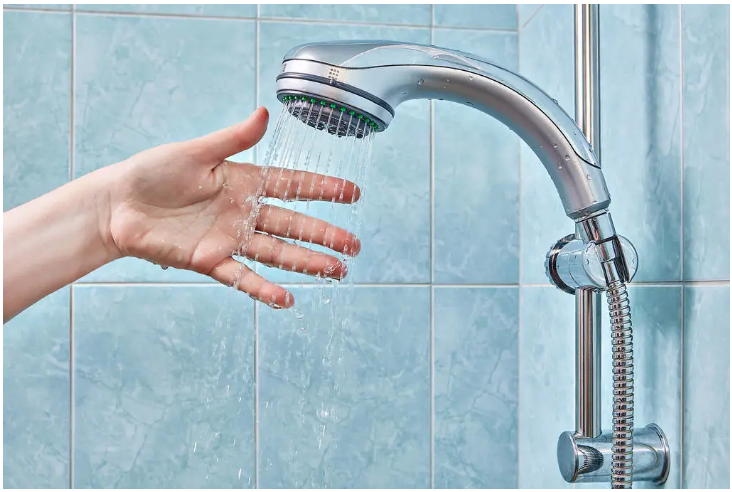 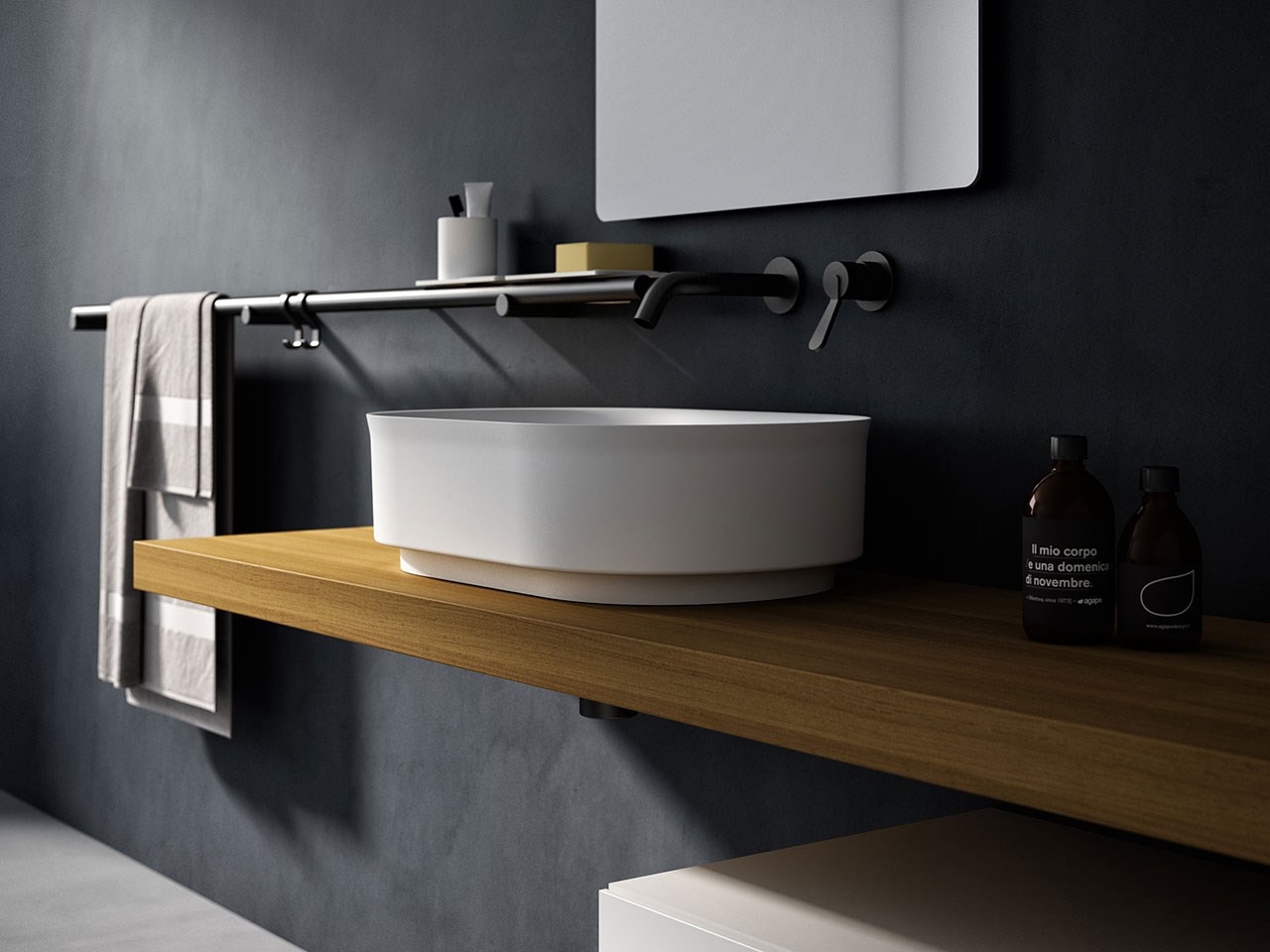 The selection of a shower is also very important for the purchase of the shower, but we often fall into such misconceptions.

Myth 1, The More Functions Of The Shower, The Better.

Shower by function can be divided into three kinds of shower column, showerhead, and the shower board. The shower column only has a handheld shower and a shower tap, while the showerhead has an additional overhead spray than the shower column. If you want the most features, go for the shower panel. It has massage jets as well as a Bluetooth music function. Of course, it doesn’t come cheap.

Tip: The shower panel has a high-end look and offers a waist massage jet. It can wash the body in all directions, but its high price makes it unsuitable for the masses (except for the rich, of course). The biggest difference between a shower column and a showerhead is the presence or absence of an overhead spray. The overhead spray is not really used much, so if you have low water pressure in your home or want to keep your budget as low as possible, a shower column is perfect for you.

If you like the feeling of being showered down from the head and don’t have to think about water pressure or water bills, a showerhead can be a good fit for your needs. However, whichever showerhead you choose, you should opt for a shower mixer with a downspout, which will be much easier to use on a daily basis.

Myth 2: The More Expensive The Price The Better The Quality.

Many consumers believe that the more expensive the product the better, as the average consumer does not have to pursue too high-end products. Some consumers believe that water saving is a high-tech, water-saving performance of the shower, it must be high priced. In fact, there are some products that are likely to be priced false. Consumers can not blindly seek expensively, think that the imported stuff is only high-end, and specifically pick expensive goods.

Myth 3: Don’t Consider The Height Of The Shower.

Tip: When shopping for showerheads and shower panels, especially when buying online, if the shower is installed after the plumbing and ceiling installation, measure the height from the plumbing outlet to the ceiling first to avoid choosing a shower height that exceeds the distance between the two.

Myth 4: The Bigger The Showerhead, The More Water Is Consumed.

Showerhead water output = water output time * unit water output. Many people believe that the larger the showerhead, the more water per unit. In fact, not, the current big brand of shower head water engine has a water control valve, and can accurately control the unit of water output. They also have ones with steel ball spools with adjustable hot water controls. You can adjust the inflow of hot water into the mixing tank so that hot water can flow out quickly and accurately. So if compared to some older showers large shower heads are still more water-efficient. 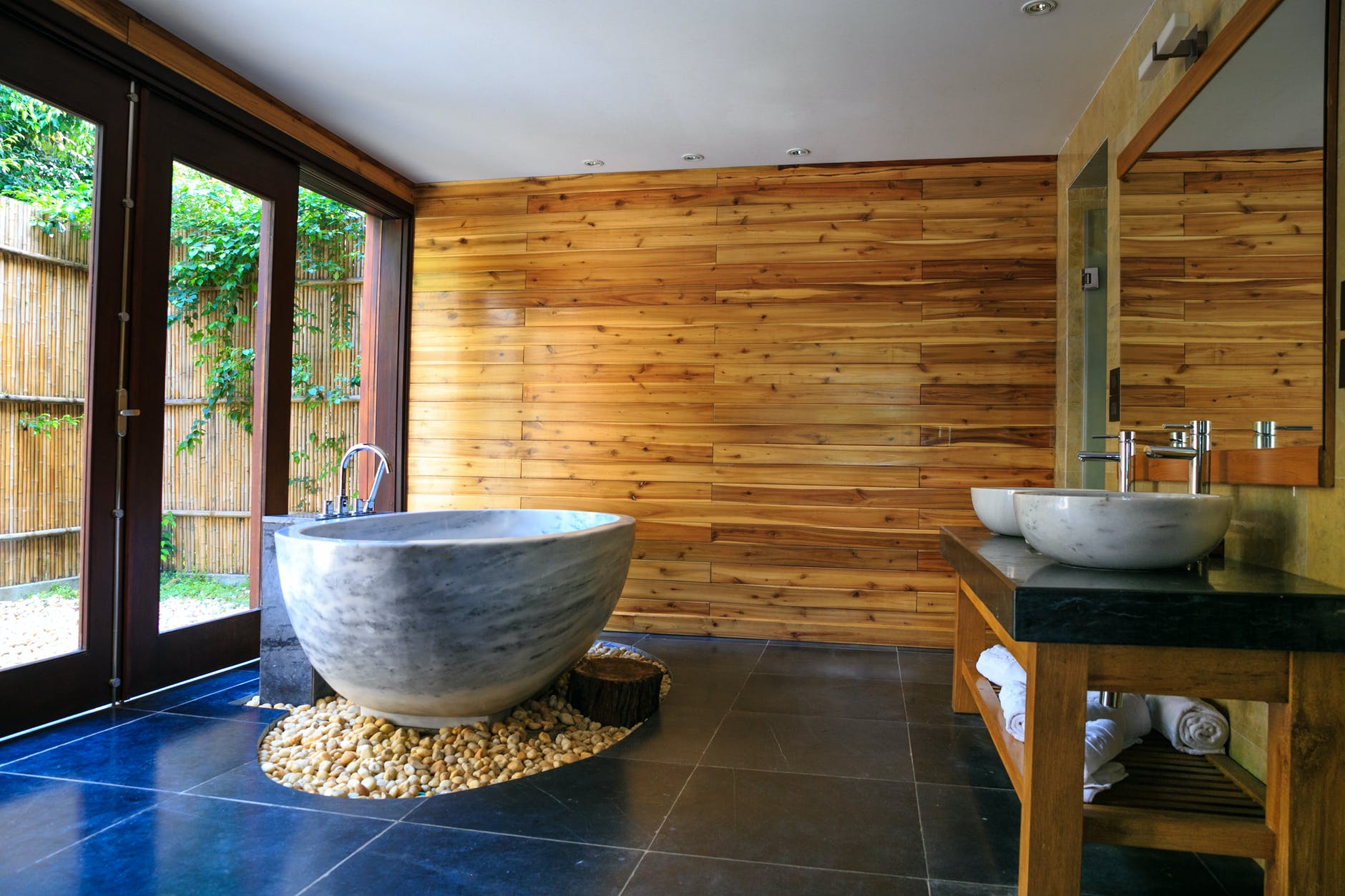 How To Choose A Quality Shower?

A Look: See If The Tube Body And Surface Plating Of The Shower Is Smooth And Shiny.

Generally speaking, from the surface of the shower, the brighter and more delicate the naked eye can see, the better the plating process.

Second Grip: Hold The Tube Body In Your Hand To Determine The Quality Of The Material.

The same is true for chrome-plated showerheads. Some unscrupulous merchants may use cast iron pipes to pass themselves off as full copper pipes. A simple way to determine this is to hold the body of the tube in your hand and release it after 2 or 3 seconds. If the mist on the body of the tube does not dissipate for a long time, it is likely to be cast iron. If there is almost no change in the body of the pipe after the hand leaves, you can basically decide that it is a copper pipe.

Three Questions: Ask The Seller About The Material And Service Life Of The Spool In The Shower.

The quality of the shower is very good. The invisible part is the most important, so be sure to ask the seller about the material and service life of the shower spool.

Four Picks: When Selecting, Let The Showerhead Tilt Out Of The Water.

If the water coming out of the topmost spray hole is significantly smaller or simply absent, the internal design of the showerhead is very average. Even with a variety of water outlets such as jets and sprays, you may not get a correspondingly pleasant experience.

To get a reasonable showerhead with high quality, visit WOWOW showerhead to get one!

Previous:: Why Are Good Taps So Expensive? Use The Data to Tell You The Truth …… Next: Bathroom ≠ Toilet… You’ve Been Mistaken All These Years!
Related suggestion