GROHE、TOTO、GEBERIT、LIXIL、JOMOO、DongPeng、ARROW、SOLEX etc. Did These Things

On July 13, 2020, GROHE announced that it is withdrawing from the Bathroom Show 2021 in Frankfurt (ISH). GROHE Bathroom lists three main reasons for its withdrawal: as a global brand and a member of the LIXIL Group, GROHE’s values are first and foremost to respect and do the right thing. The decision to withdraw from ISH 2021 to protect employees, partners and customers during the epidemic and to take strict hygiene and safety measures are in line with our values. Secondly, the COVID-19 situation remains critical both in Germany and abroad. In addition, the hygiene concepts presented at ISH were not satisfactory for GROHE.

On July 16, TOTO announced that it has decided to cancel 7 sessions of the 2020 “Factory Decoration Festival” due to outbreak prevention and control. TOTO “Factory Renovation Festival” was originally divided into 8 major venues, and the deadline for the 7 cancelled venues was scheduled for November 2020. The remaining Nakatsu Factory event is expected to take place in March 2021, but TOTO says it is discussing whether it can be held as scheduled.

Geberit has recently announced two new senior appointments to strengthen its support of the retail sector. David Upperton from Aqualisa will take on the role of Geberit’s retail and trade sales director to strengthen Geberit’s support of retailers, distribution partners and buying teams. In addition, Geberit has appointed Phillip Conroy, who was previously with Kohler and will be responsible for the independent merchant channel in the future, as key account manager. 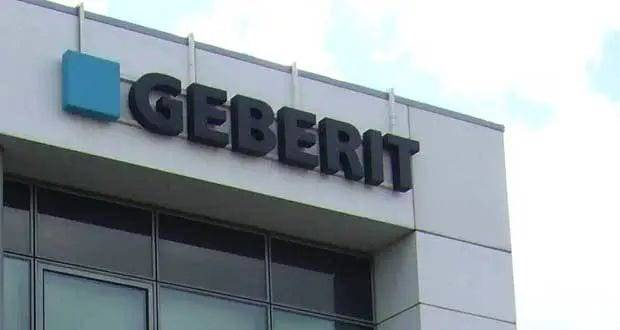 JOMOO donated about 1 million yuan worth of water purification supplies to the Tibetan Forest Fire Brigade.

On July 16, JOMOO Health China Public Welfare Action and Tibet Forest Fire Brigade Donation Ceremony was launched in the compound of Tibet Forest Fire Brigade in Tibet Autonomous Region, JOMOO donated water purification supplies worth about 1 million RMB to Tibet Forest Fire Brigade to promote healthy lifestyle and help realize the health of the whole people. It is reported, JOMOO will take this activity as a starting point, the full implementation of the “Healthy China Public Welfare Action”, to provide public health products and services for key projects around the project resumption, while JOMOO will promote and popularize health knowledge to the country, and the implementation of the national “toilet revolution! “It is a strategic initiative to support the construction of a healthy China with the concept of “building and sharing together, health for all”. 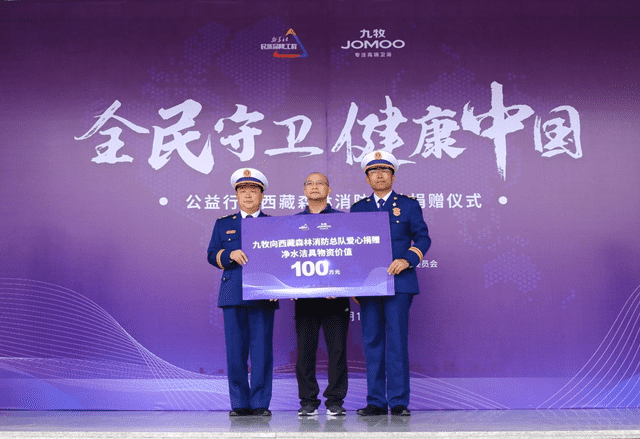 On July 13, “health upgrade again, all the strong breakthrough” – Dongpeng whole bathroom dealer VIP Summit 2020 was held in Foshan. Dongpeng Holdings President Gong Zhiyun said, in 2020, as long as we lay a solid foundation to practice internal strength, firm confidence to win the market, sorting out the brand to win the future, the factory and business with one heart, new changes, new breakthroughs, will certainly achieve “a hundred years of enterprise, the world Dongpeng” vision and goals. At the meeting, Dongpeng whole bathroom also released a new brand advertising campaign for 2020.

Recently, ARROW and HUAWEI Hilink have joined forces to create a smart toilet from the start, to create an exclusive personalized smart bathroom space for users.ARROW’s V6 wing smart toilet access to HUAWEI Hilink, through mobile phone control, you can achieve intelligent operation: flushing mode, adjust the temperature of the seat, water temperature and drying temperature, etc., to achieve no Contact toilet, mobile phone remote control features, to create a cleaner and more secure bathroom space. In the future, ARROW will continue to deepen its layout to realize the interconnection of more intelligent products, such as smart make-up mirror and smart bathtub, to create a deep bathroom with intelligent space, thus bringing a more comfortable intelligent bathroom experience. 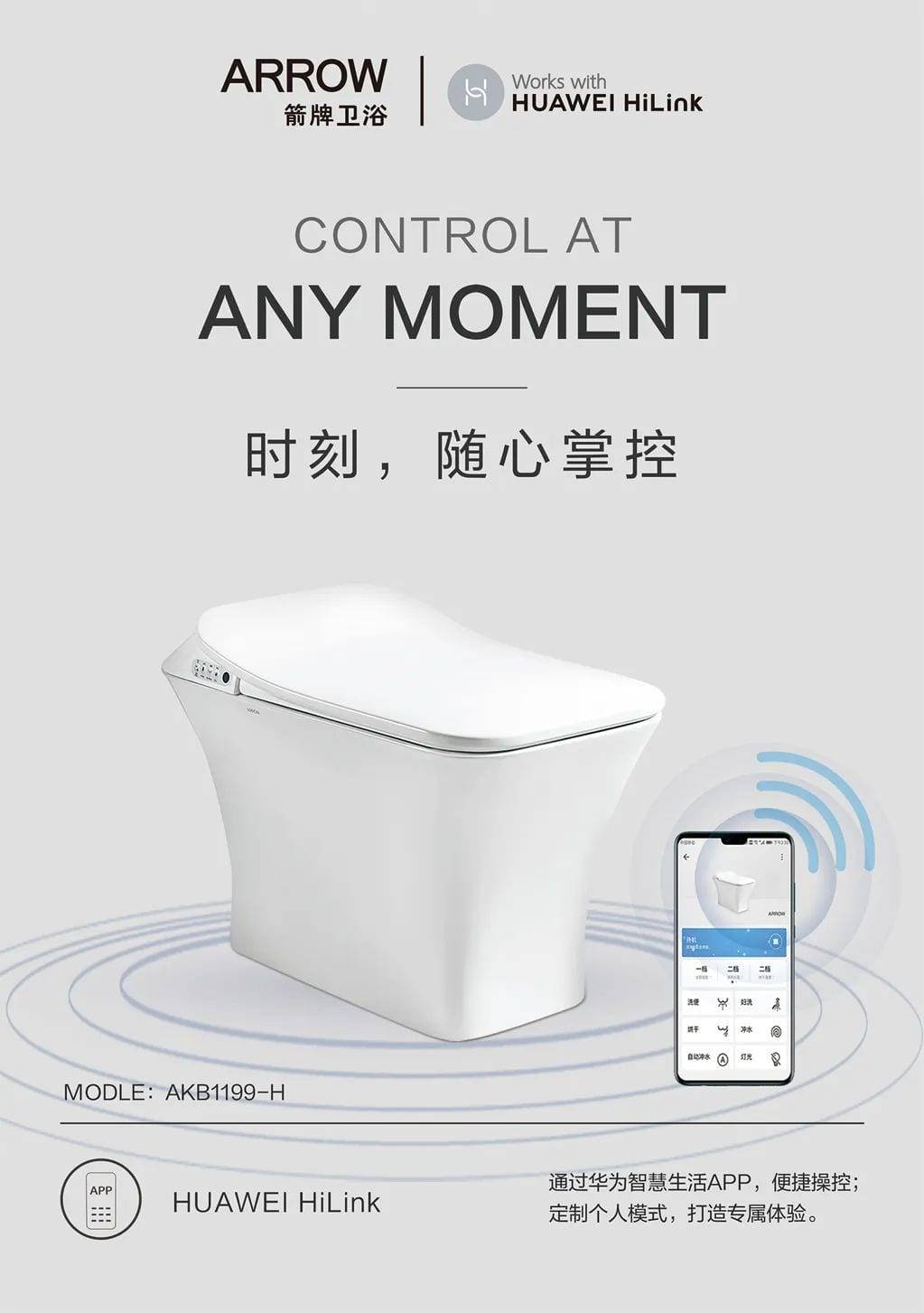 RUNNER has released an announcement on its initial public offering of shares. The company listed on the Shanghai Stock Exchange on July 20 to apply for a total number of 45 million shares, the issue price of 15.53 yuan, accounting for 10.07% of the total issued share capital. According to the prospectus, RUNNER is going to raise 920 million yuan for the expansion of kitchen and bathroom product line, water purification product line, intelligent information upgrade, and the construction of RUNNER research and development center. 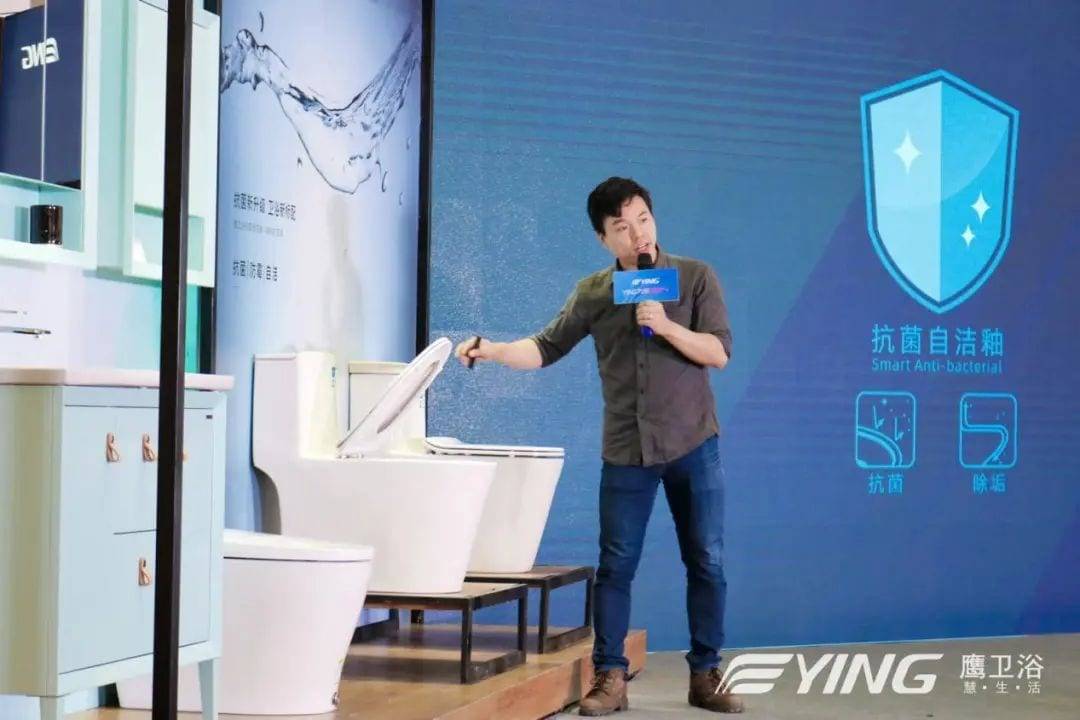 Recently, Hu Yannan, Secretary General of China Building Decoration Association (CBDA) and Zhang Yanqiu, Deputy Secretary General of CBDA visited GOLD headquarters. CDA and GOLD had an in-depth discussion on the future business development prospects of the home furnishing market, and exchange views on the trend of high-end full bathroom customization, and explore resource cooperation in the environment of full bathroom customization, making an important pavement for future resource sharing. In the future, the two sides will carry out a more comprehensive and in-depth cooperation. 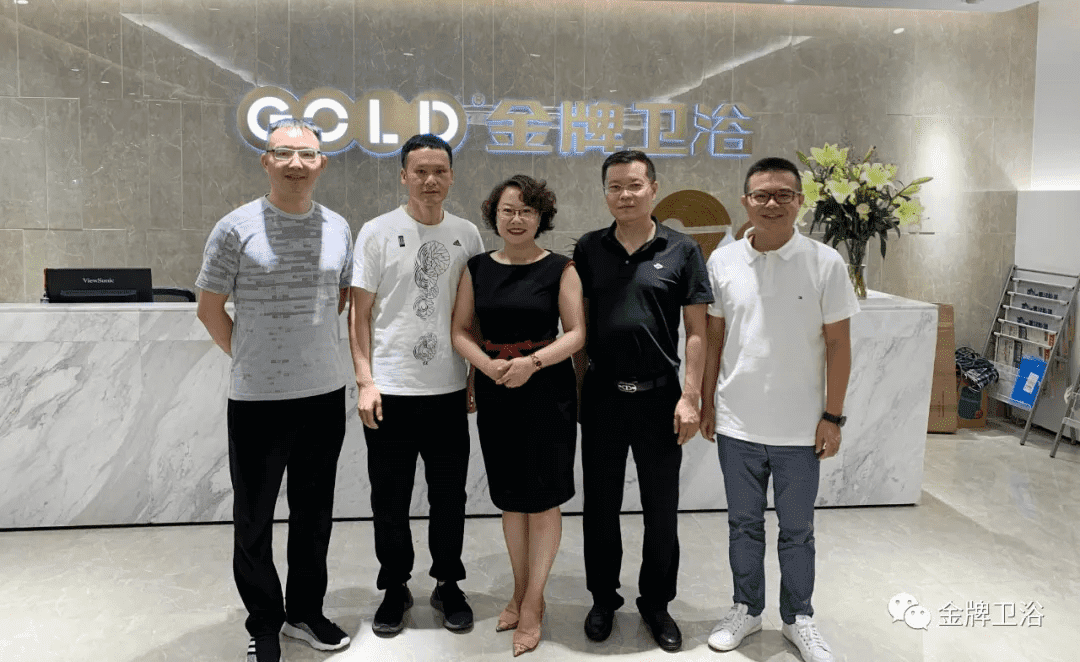 The second phase of SOLUX Smart Home Park is expected to be completed in February of the year after.

On July 9, the Fujian Provincial Party Committee and the provincial government’s work research and inspection team and his party investigated the key project of Zhangzhou SOLUX Smart Home Park built by SOLUX Technology Group in Fujian Province. It is reported that a total investment of up to 2 billion Zhangzhou SOLUX Smart Home Park, the first phase of the plant was completed in September last year, the second phase of the project has entered the construction phase, is expected to be completed in February 2022, and the third phase is expected to be completed in October 2022. The new park will greatly promote the development of “SOLUX-Home” F2C model of all categories, but also confirms the achievements of the “new species” new model. 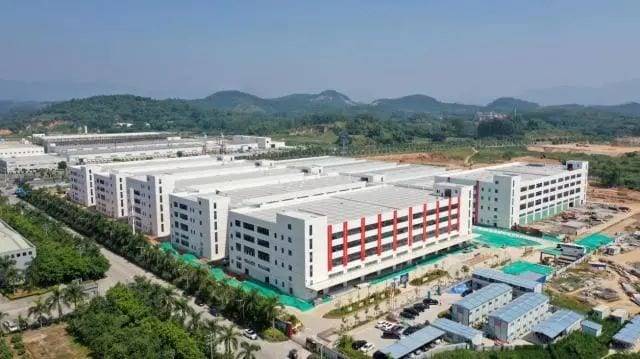 From July 15 to 16, ORANS 2020 National Sales Elite Training Conference was held in Taizhou, Zhejiang Province as scheduled. At the opening ceremony, Mr. Lin Huayou, chairman of ORANS, warmly welcomed the sales elites from afar, and gave his best wishes to the training meeting. He said he believed that as long as we hold firm to our beliefs, unite and create changes, and continuously forge the comprehensive strength of the terminal team, ORANS will steadily move forward in brand market, sales and reputation.

On July 14, Mr. Guo Zhinian, the head of Juran Group’s National Investment Operation Department, led a business delegation of 14 people to visit TEPE’s brand headquarters in Foshan. The delegation highly affirmed and appreciated TEPE’s advantages in research and development, manufacturing, management, marketing and service after they had an in-depth understanding of TEPE’s advantages. The general manager of TEPE, Mr. Ban Xianbin, said that he would strengthen the strategic cooperation with Juran in the future to promote the steady progress of the enterprise. 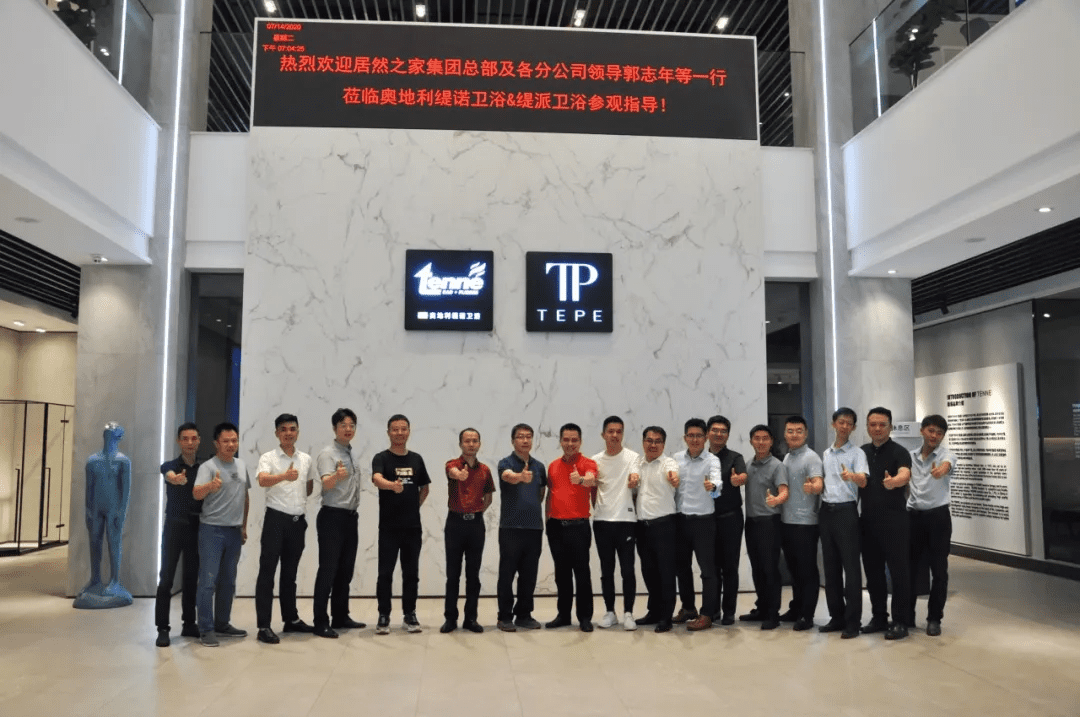 Hengshui Daily reported on July 15 that Red Star Macalline posted a letter of notification on July 10 that the Hengshui Binhu Mall commissioning and management period agreed upon by Hebei Danyang Real Estate Development Company Limited, Hebei Danyang Real Estate Development Company Limited Hengshui Branch and Red Star Macalline Home Group Co. As a result, the company has to stop providing management services to the Binhu Mall in Hengshui, which will be managed by the owner from July 16. The mall will be managed by the owners themselves since July 16. But the contact number left on the announcement is now empty, and nearly 200 retailers are at a loss. 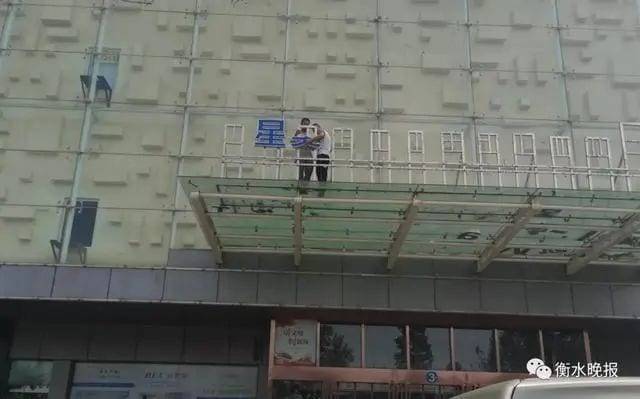 On July 14, Dongyirisheng Group released a forecast of its 2020 half-year results: net profit attributable to shareholders of listed companies is expected to be -235 million yuan to -260 million yuan in the first half of 2020. Dongyirisheng said that due to the impact of the new coronavirus epidemic, the company’s home improvement projects around the world have been delayed in resuming work and the number of new orders signed has decreased, resulting in a year-on-year decline in operating income for the 2020 half-year. To date, the Company’s business has almost fully resumed work under the guidance of local policies. With the recovery of consumer demand in the home improvement market and the mature application of the Company’s new platform for live marketing and other forms of marketing, orders for home improvement picked up significantly in June.

Juran expects up to 58.27% drop in first-half net profit

Juran on July 14 evening released the 2020 half-year results forecast, is expected to achieve the first half of the net profit attributable to shareholders of listed companies 400 million yuan to 430 million yuan, down 55.14% to 58.27% year-on-year. Juran said that the Covid-19 epidemic this year has a great impact on the department store and household industry in which the company is located. The company conscientiously implement the national “six stability and six protection” policy requirements to help merchants tide over the difficult times, the merchants to take rent-free, rent reduction and part of the deferred payment of rent and other support measures, directly affecting the company’s operating income and profits in the first half of the year.

ROBAM says it already has thousands of specialty stores

On July 15, when an investor asked ROBAM for advice on how many stores the company had, and how many each in first- and second-tier cities, and third- and fourth-tier cities, ROBAM said that the company was deeply committed to the kitchen sector, focusing carefully on the development, production, sales and comprehensive service of kitchen appliances, including range hoods, gas stoves, disinfection cabinets, steamers, ovens, steam grills, and other kitchen appliances. The company is committed to creating a higher quality kitchen life for millions of families by providing solutions for household kitchen appliances such as all-in-one appliances, dishwashers, water purifiers, water heaters, microwave ovens, integrated stoves, etc. The company has thousands of stores and sales networks throughout the country.  The company has more than a thousand stores, sales network throughout the country regions. 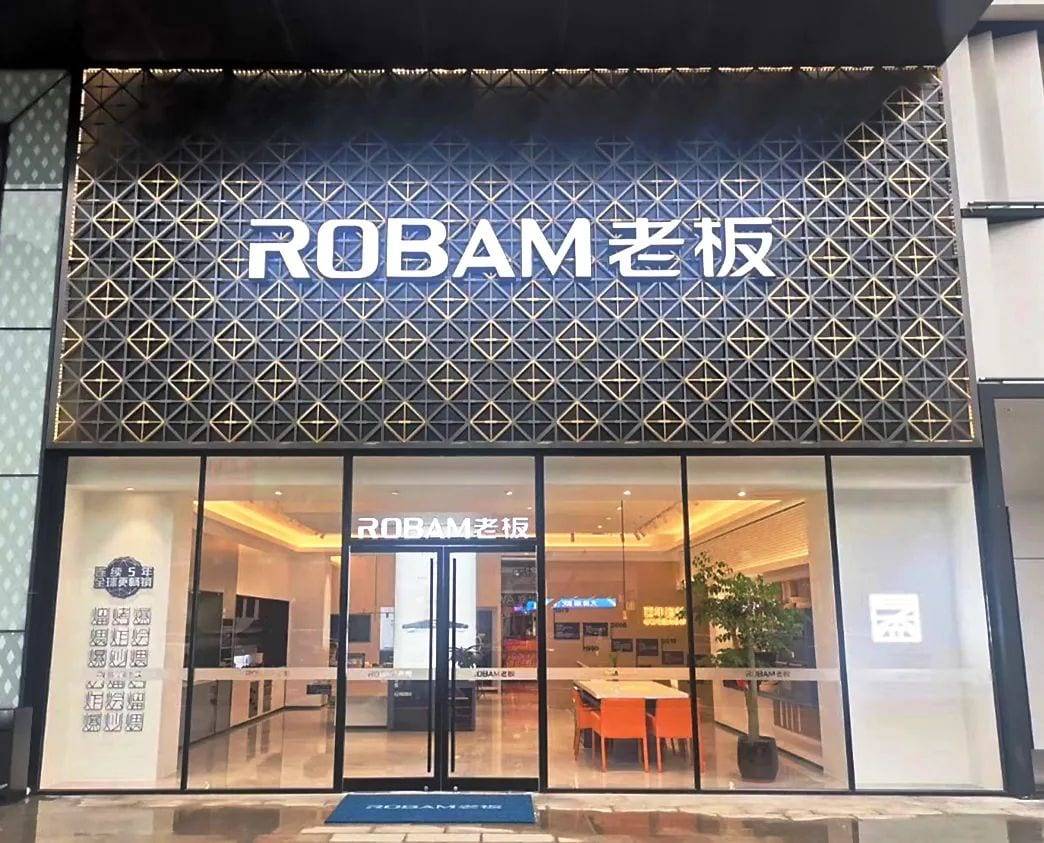 The first half of the building materials home furnishing stores sales fell 40.76% year-on-year

On July 15, the National Building Materials Household Prosperity Index (BHI) for June 2020, jointly released by the Department of Circulation Development of the Ministry of Commerce and the China Building Materials Circulation Association, was 83.85, down 5.28 points from the previous month and down 17.69 points year-on-year. The June sales of building materials and home stores above designated size nationwide were 64.515 billion yuan, down 24.84% year-on-year.The cumulative sales in the first half of 2020 were 275.284 billion yuan, down 40.76% year-on-year.The index for the first half of 2020 is expected to be 83.85, down 5.28 points, down 17.69 points year-on-year. It is expected that in the second half of the year, along with the gradual easing of the domestic epidemic, the building materials and home industry exhibition restarted, the pace of industry recovery will still accelerate.

The first half of the country’s commercial housing sales area fell 8.4% year-on-year 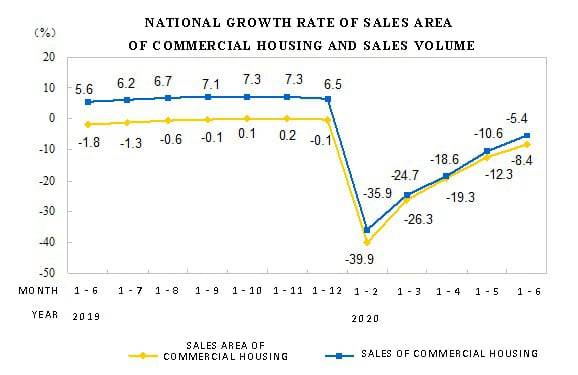 Previous:: A Step-By-Step Guide on How to Install Kitchen Faucet Next: How To Install A New Kitchen Faucet
Related suggestion
展开更多
ALL PRODUCTS
LEAVE US A MESSAGE